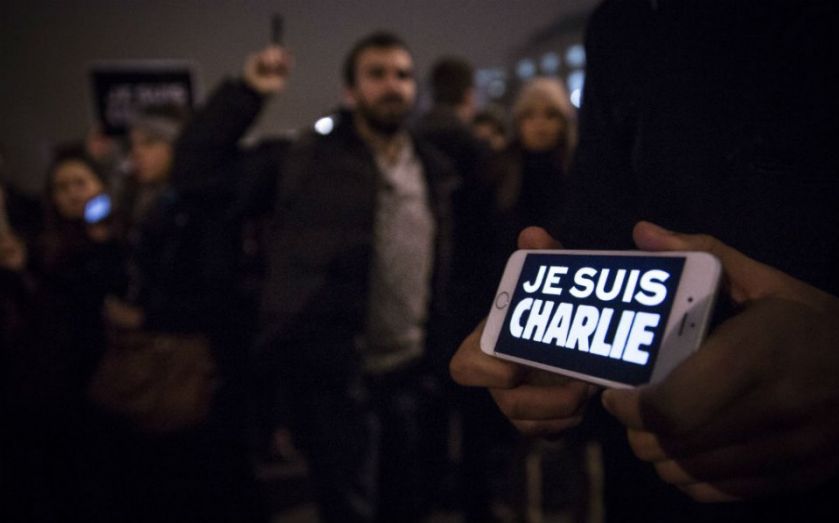 19,000 French websites have been hit by cyberattacks since the terrorist attacks in Paris last week, according to the country's cyberdefense chief.
Arnaud Coustilliere told reporters there had been an unprecedented increase and that many of the attacks were carried out by "more or less structured" groups, including some established Islamic hacker groups.
"That's never been seen before. It's the first time that a country has been faced with such a large wave," he said.
The victims of the attack have been equally varied, ranging from military regiments to pizza shops.
Two brothers, Said and Cherif Kouachi, killed 12 people when they raided the offices of satirical magazine Charlie Hebdo in the French capital on 7 January. They claimed to be defending the Prophet Mohammed after the magazine printed cartoons of him.
This attack was followed by the shooting of a policewoman and an attack on a kosher supermarket by Islamic extremist Amedy Coulibaly, in which four people were killed.
Share:
Tags: Cybercrime