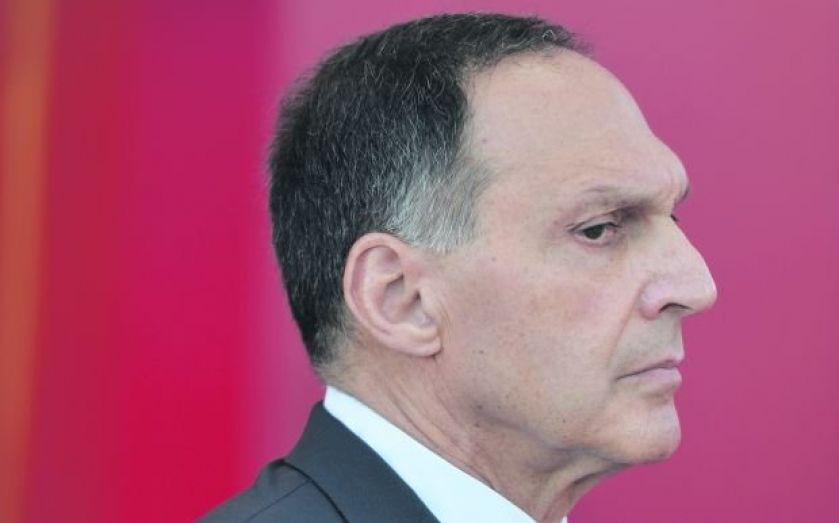 Compelling as they may be, strong leaders can lack humility.
I am soft, I am lovable, but what I really want to do is reach in, rip out their hearts and eat them before they die.” Not the words of a general before battle, but Lehman Brothers’s last chairman and chief executive Dick Fuld, speaking as short-sellers closed in on his moribund company’s stock.
The military comparison is apt, though. Few corporate tropes are as pervasive as the Napoleonic chief executive: charismatic, high-profile, a leader capable of inspiring the troops into action. Former Microsoft boss Steve Ballmer probably personified the idea best  when he tore across the stage at a gathering of the firm’s developers screaming “come on!”, and “I love this company!” (search for “Steve Ballmer going crazy” on the web if you haven’t seen this – you’re missing something special).  Former colleagues of Apple’s Steve Jobs, meanwhile, say he’d meticulously oversee almost every aspect of a product, as well as introduce it himself live on stage. And Richard Branson’s personal profile is so high that his name returns more Google hits than “Virgin Records”, the name of his original company.

BLINDED BY YOUR EGO

This may be a problem, at least according to a piece of research published last year in the MIT Sloan Management Review from Christian Stadler and Davis Dyer. They studied European companies that were over 100 years old, and found that most of the highest performing chief executives over this period were not perceived as particularly charismatic. In fact, the best bosses were “less likely to be charismatic than the leaders of lower-performing companies.”
A similar study was carried out in the US by Robert Hogan, a psychologist at the Tulsa Institute of Behavioural Sciences, who found that an alarming number of executives seemed to have been promoted primarily because of their confidence levels and charisma. Once they made it to the top, however, things typically took a darker turn. “They can fail as leaders because they never admit mistakes. It’s a myth that great leaders are simply charismatic.” So why has the cult of the charismatic chief executive proved so enduring?
Rakesh Khurana, a Harvard Business School professor and author of Searching for a Corporate Savior: The Irrational Quest for Charismatic CEOs, puts part of it down to the almost religious emphasis on corporate “values” that’s taken hold in many major companies. Take Jobs’s Apple as an example: “employees were supposed to work ceaselessly, uncomplainingly not just to produce and sell a product, but to realise the vision of the messianic leader.” The purpose wasn’t just growing the bottom line, he says, it was about building technology that could change the world. When this kind of project goes well, as in Apple’s case, the rewards are enormous. But much of the time it ends in tears.
AT&T’s appointment of C Michael Armstrong as chief executive is an example. Khurana notes that Armstrong embarked on a series of acquisitions in order to reshape the firm according to his new “omni-Internet” vision, but the results were terrible and the company’s share price eventually tanked. Enron, for rather different reasons, also suffered in part because of the huge egos of its executive team.
Of course, Jobs hasn’t been the only successful charismatic executive. But Khurana points out that it’s risky to emulate the model – not all bosses can singlehandedly work miracles.

Screenhero
Free (14-day trial)
Assuming you don’t work under the kind of corporate regime typified by Dick Fuld’s Lehman Brothers, teamwork is likely to play a large role in your job. Screenhero can help. It allows you to collaborate with colleagues, using the same computer screen, without having to be in the same room as each other. It also integrates voice chat, multiple mouse cursors and high-definition quality, and can be used across multiple operating systems from Windows and Mac.