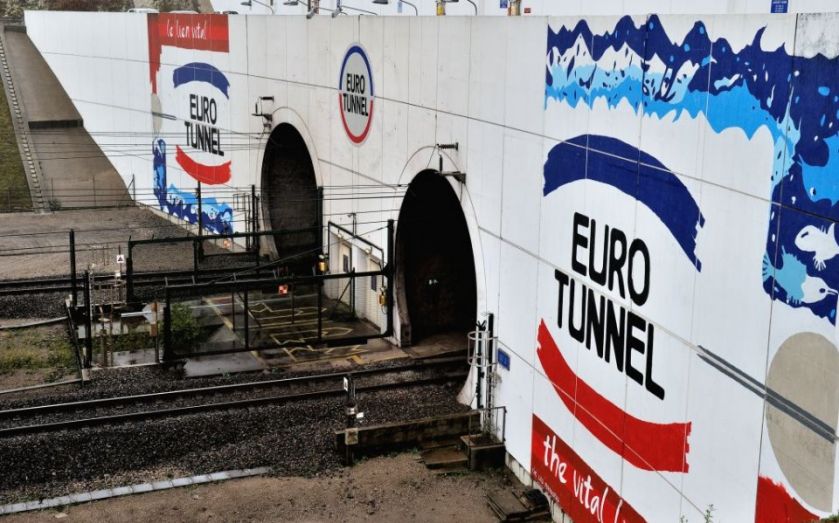 Home secretary Theresa May and her French counterpart Bernard Cazeneuve have called on the EU to offer support in tackling the migrant crisis at Calais.
Read more: Migrants trying to enter UK via Channel Tunnel will face tighter security in France
Over the last month, thousands of people have been trying to cross from France to the UK via the Channel Tunnel, resulting in nine migrant deaths.
Severe delays to Eurotunnel train services have also resulted, with services currently running 30 minutes behind schedule from the UK.
Read more: Crisis in Calais takes its toll on Channel Tunnel trade: Disruption "having a severe effect on the UK economy"
On Saturday night alone, hundreds of migrants pulled down security fences and stormed the tunnel, but riot police prevented them from crossing.
The UK and France have each implemented their own security measures, including the deployment of 200 extra private security guards funded by the UK, French police reinforcements and extra security fencing, but the two countries want a more Europe-wide response to the problem.
In an article in today's Sunday Telegraph, the two politicians request the EU's help in finding long-term solutions to the "global migration crisis", arguing that it is related to the actions of the whole bloc:

This situation cannot be seen as an issue just for our two countries. It is a priority at both a European and international level. Many of those in Calais and attempting to cross the Channel have made their way there through Italy, Greece or other countries.
That is why we are pushing other member states – and the whole of the EU – to address this problem at root.