Chancellor Rishi Sunak: The City could be set for a post-Brexit Big Bang 2.0 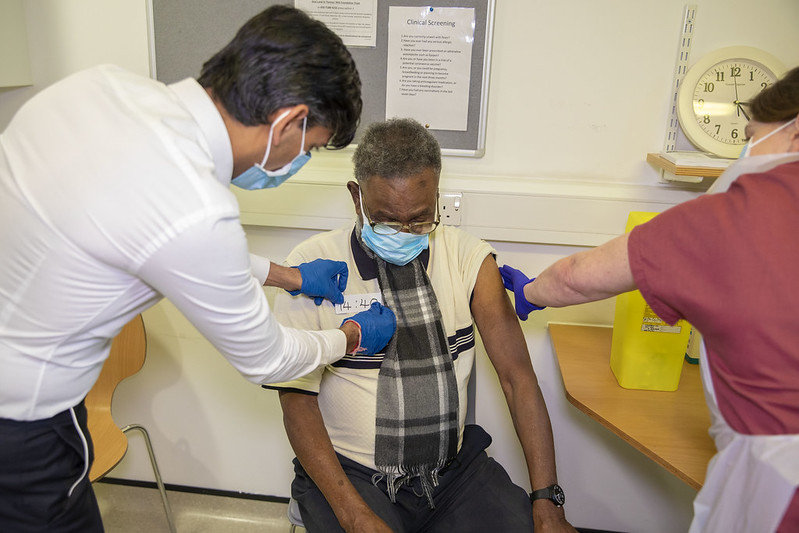 Rishi Sunak believes the Square Mile is set for a post-Brexit “Big Bang 2.0” and that the City’s “culture and creativity” will see it to greater, global heights.

In a candid interview with City A.M., the Chancellor also pushed back against criticism of the UK’s trade deal with the European Union, saying that it should “reassure” businesses about the relationship between the City and the bloc.

But he says the real priority is to “get on and make sure that the City of London remains the most dynamic place to do financial services anywhere in the world” and that the Treasury would look to “play a role” in giving the financial services industry a boost.

The City has always had an uneasy relationship with the UK’s departure from the European Union.

Global in outlook, firms and traders have always pined for the freedom to seek out new opportunities across the world, but with so much of the machinery of the City and economies on both sides of the channel intertwined, a healthy post-Brexit relationship is vital.

The UK-EU trade deal signed on Christmas Eve does not, as the Prime Minister said on the day it was signed, go “as far” as many wished on regulatory equivalence between authorities at home and in the EU.

To perfectly replicate the relationship pre-Brexit, law firm Clifford Chance reckon, would take at least 59 separate agreements. The City is still able to clear transactions for now, but rollover agreements will end soon.

And on the first day of trading after the UK left the EU, some £6bn-worth of shares which would usually be traded in London were instead bought and sold on the continent.

But Sunak stands by the deal – and says that the focus needs to be on opportunities rather than threats.

“There are many things in the deal that are good for financial services,” the Chancellor reckons. He cites provisions around the free flow of data, business travel, and the agreements on legal and professional services. And on regulation, he believes deals will be struck soon.

“There is strong language on future regulatory co-operation, and putting in place a Memorandum of Understanding in reasonably short order to have that structured regulatory dialogue,” he says. “And there’s a forum for future equivalence decisions as well. That’s a positive.”

“But regardless of all that, I think it’s important that we get on and make sure that the City of London remains the most dynamic place to do financial services anywhere in the world,” he says.

Sunak has already laid out his ambitions for the City – not least to ensure the UK is more compelling as a listing destination for the biggest new firms.

He cites work already in progress – that re-examination of the listing regimes, the launch of a Green Bond, on digital currency and central banks – and says that post-Brexit “there’s a whole range of things we can do slightly differently.”

He’s working with City voices to fine-tune those changes.

Sunak is just as aware as any of the Square Mile’s story and the history of the financial services industry.

The Chancellor is widely seen as having more than a touch of the Thatcherite about him.

It was her deregulatory agenda in the 1980s that gave the City competitive advantages it ran with to a period of real prosperity. And when asked if it was time to revisit the ‘Big Bang playbook’ – he embraces the idea.

Those saying such things, he says, “make a really, really good point,” and says “whether you want to call it Big Bang 2.0 or whatever,” the City has a perfect platform to build on.

“If you look at the history of the City stretching even further back than that, it has always constantly innovated, adapted and evolved to changing circumstances and thrived and prospered as a result. And I think it will continue to do that,” he reckons.

The Treasury will “play a role in that, and all the businesses and the people involved will help us do that. I think we always should be looking forward and figuring out what can we do differently? How can we turn things into opportunities?”

One senses Sunak has spent enough time in the City to know that it doesn’t stand still for long. Already others are weighing in on the UK’s relationship with Brussels – Governor Andrew Bailey has already criticised the EU’s negotiating objectives, saying Britain would have to be “mad” to accept full equivalence without a say in future decision-making.

After we speak, the Chancellor is set to visit a vaccination centre in south east London. But in his mind there’s no need for any dramatic medicine in the Square Mile.

“Regulation is important, of course, as is timezone, as is language. All of those things are important.

“But what is probably more important is the culture and creativity of our people. And no document can take that away from us. I feel very confident, and very excited, about the future of the City of London and financial services in general.”