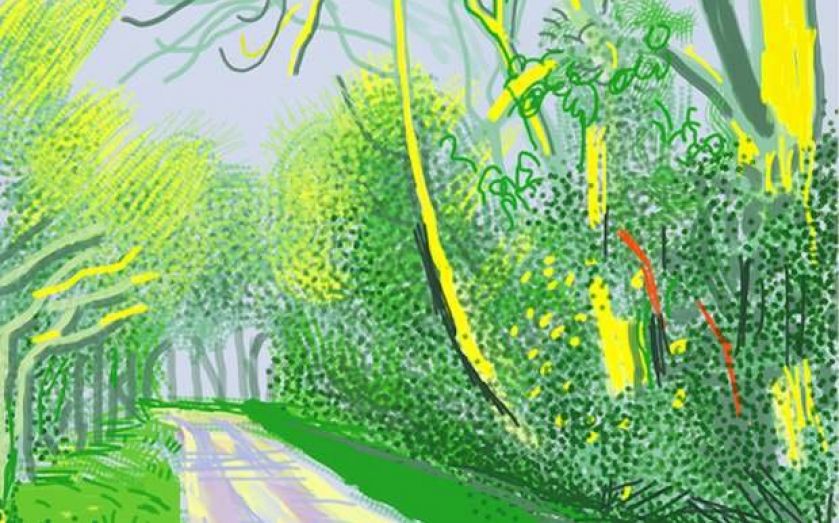 David Hockney lived in California for most of his life, but moved back to Bridlington in east Yorkshire – where he grew up – in 2005. Returning home proved beneficial for his state of mind and artistic output. Having built a glittering career on the back of sunny, semi-abstract paintings of salubrious LA living, the Briton found himself producing painting after painting, drawing after drawing, of the British countryside.

He produced thousands of works in the eight years before he moved back to California (following a stroke and the accidental death of one his studio assistants), some of which were done in his new favourite medium: the iPad.

The pixel – tiny, square, sexless – seems antithetical to everything David Hockney stood for as an artist, but he finds new technologies liberating.

“I do think the iPad is a new art form,” he says. “Much better than a lithograph. Inkjet printing is more vivid — the colour stays exactly the same. The prints use an awful lot of pigment. But the bigger they get, they don’t fade, don’t pixelate. Some [iPad drawings] take two or three days to draw, and they were all drawn knowing they would be printed bigger.”

Hockney’s iPad drawings are made using the Brushes app and a stylus and a digital inkjet printer.

David Hockney, The Arrival of Spring, is on at Annely Juda Fine Art from today