LG has unveiled a new range of TVs and a smart TV platform for creating a fully connected home entertainment system as it battles to remain the centre of people’s living rooms- and their lives.

As the roles are reversed and smartphones increasingly become people’s first screen while TV is relegated to second place, the Korean electronics brand said it is ploughing $600m of new investment into increasing production capacity of the new Oled 4K HD TVs, which are four times the resolution of standard HD.

A range of seven 55, 65 and 77 inch high definition models featuring curved, straight and even a flexible model that can change into either, were revealed at the Consumer Electronics Show (CES) in Las Vegas, in a bid to drum up excitement among consumers again for TV sets.

In addition to the new hardware, LG announced details of its updated operating system, Web OS 2.0 on the software side and partnerships with the likes of Netflix and GoPro on the content side as it seeks to give audiences an all-encompassing connected home entertainment experience.

LG’s chief technology officer Dr Ahn, said the company’s vision based on the Internet of Things focused on three pillars- platforms, connectivity and ecosystems- in his keynote address.

The new OS, the platform which makes TVs “smart”, has been updated with a more user-friendly experience, is more than twice as fast as the previous version and fully supports 4K ultra high-definition content streaming, the highest quality currently available.

The OS also works with other smart devices such as phones, cars and home automation devices like Nest, regardless of which company makes them.

“We’re working with the AllSeen Alliance, of which LG is a founding member, to adopt the AllJoyn open connectivity platform. LG is also heavily involved in oneM2M, the global standard for IoT services, to adopt a broad connectivity technology that links gateways and devices around the cloud, allowing LG products to work flawlessly with any devices from any brands,” said Ahn. 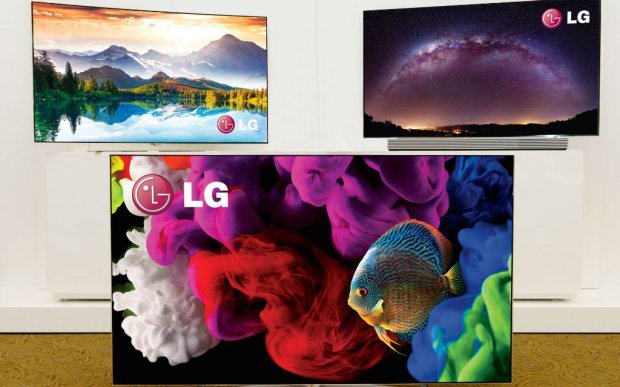 LG has also partnered with the likes of Netflix and GoPro to ensure the content people are watching on the new 4K screens look as good as possible.

Netflix will be bringing HDR (high dynamic range) content to its service this year. The streaming service will also be part of what it's calling a “recommended TV program” in which TV’s best suited to playing its high-quality content will get its seal of approval.

The program will act as a sign to those looking to buy a new TV, initially in the US, and will include other TV makers, Sony, Sharp, Vizio and the makers of Roku TVs.

GoPro will launch a channel exclusively on LG TVs, with the plan to bring 4K quality content to it in the future, extending the camera company’s focus on content which is already available on Microsoft’s Xbox and Virgin America’s in-flight entertainment.

LG will be hoping the combined trio of its high definition TV technology, a simple and easy to use operating system and high-quality content to watch on it will bring consumers back to the original small screen.