Outsourcing giant Capita has admitted it is helping pick up some of the government’s slack in preparing for Brexit, as Whitehall continues scrambling to put contingency plans in place for a possible no-deal scenario.

The outsourcer, which specialises in digital and IT-related services, has taken on several contracts, as the 29 March leaving date looms ever closer.

The government has already recruited 20,000 new workers, and thousands of existing civil servants are also understood to be working around the clock on secondment from departments including the Foreign Office, education, defence, international development, justice, and work and pensions departments.

“As a strategic partner to government, we’re working on a small number of projects and we’re ready to help in any way we can,” Lewis told City A.M.

The news follows Rupert Soames, CEO of fellow outsourcing giant Serco, saying his firm was ready and waiting to step in if the government “needs help quickly”.

Capita’s revenues were down more than £300m last year to £3.9bn, as turnaround specialist Lewis worked to nullify the “existential threat” facing the firm when he took over in late 2017.

Lewis told City A.M. he has taken “radical, decisive action” to simplify the firm, which which provides customer services to Marks and Spencer, and manages the license fee for the BBC. 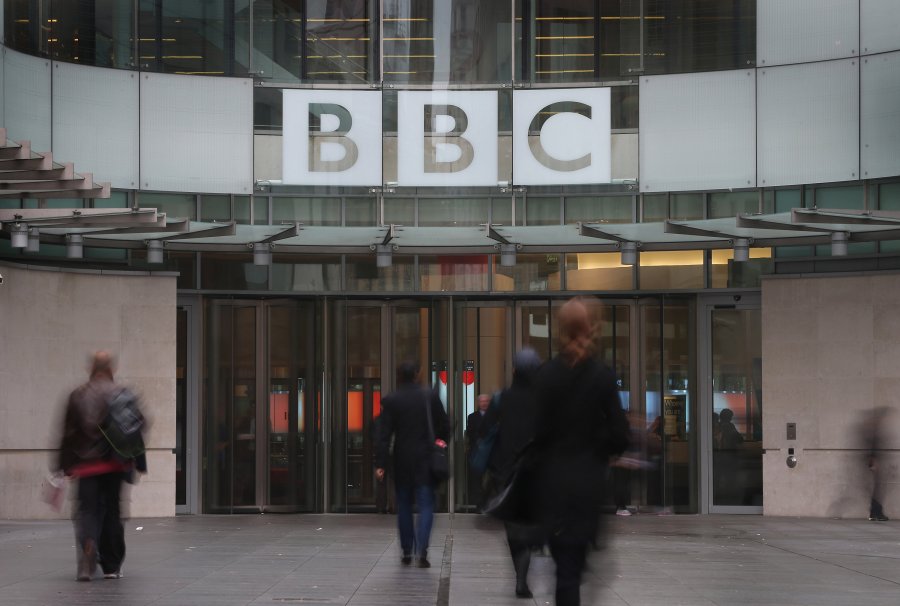 Capita manages the license fee for the BBC (Source: Getty)

This includes a number of measures to simplify the company, as well as a project to install two Capita employees on the board.

Pre-tax profit fell 26 per cent in 2018 to £282.1m ahead of Capita’s own guidance of £250-275m, as the firm battled to correct a range of problem contracts and blunders. The most notable of these meant more than 47,000 women did not receive letters of invitation or reminders regarding NHS cervical cancer screenings from Capita between January and June this year.

“That was deeply frustrating to me,” Lewis said. “There are senior members of our leadership team who are no longer with the company as a result of that.”

After a torrid 2017 in which profits plunged and former chief executive Andy Parker was forced to fall on his sword, new boss Lewis was tasked with changing the company’s fortunes.

Net debt more than halved, from £1.1bn in 2017 to £466.1m last year after raising £701m via a rights issue, and shaken up the company’s leadership structure. Early in Lewis’ tenure, he “made decisions on a number of the executive directors and parted with those individuals,” he said.

Capita set a flat profit target for 2019, and brokers at Shore Capital Markets said: “A return to growth in revenues and profitability remains on track”.

But challenges remain in the form of Brexit, which Lewis told City A.M. has caused “a massive reduction in the amount of work that’s come for tender”.

The firm’s turnaround comes as its peers in the outsourcing sector continue to flounder, leading some – including the opposition Labour party – to question the private sector’s role in delivering key public services.

Debt-laden Interserve faces a shareholder vote tomorrow which could send it into administration, while constructor Kier Group remains without a chief executive after a disgruntled shareholder forced its former boss out after months of financial turmoil.