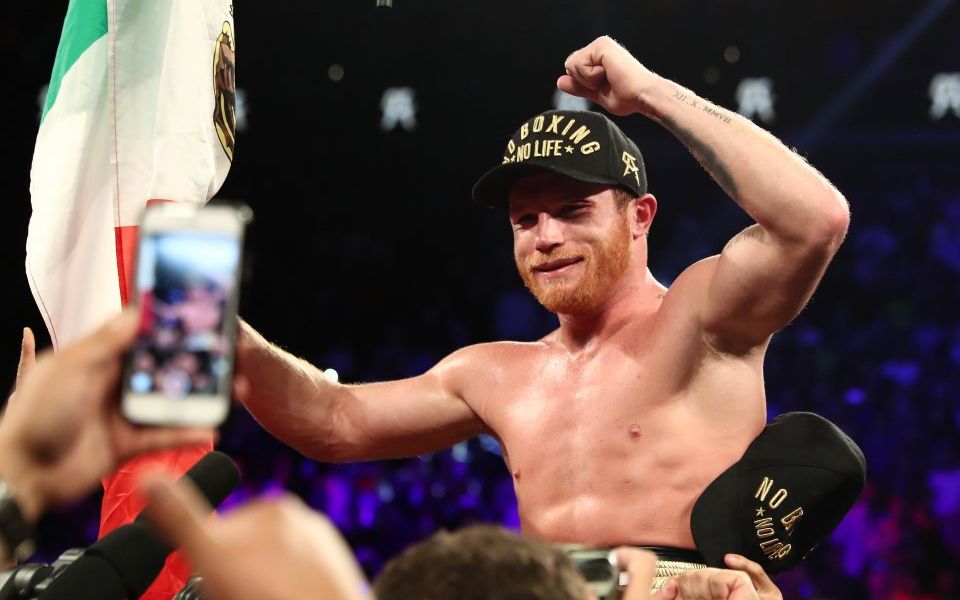 Every now and then a commercial deal comes along that doesn’t just reflect the shifting sands of the sports landscape, it magnifies them, turning the protagonists into even bigger names in the process.

Paris Saint-Germain’s €222m signing of Neymar last year, which didn’t so much break football’s transfer record as smash it to smithereens, was one such deal.

Rory McIlroy’s $250m contract with Nike in 2013, which appeared to anoint the Northern Irishman as the successor to Tiger Woods in marketing as well as Major-winning terms, was another.

Today sport witnessed its latest: a $365m transaction between the hottest property in boxing, Saul “Canelo” Alvarez, and DAZN, the live and on-demand streaming service, for exclusive rights to show his fights.

The deal made the Mexican the recipient of the most lucrative individual contract in sports history. It also cemented the broadcaster’s standing as a serious new player in the market.

Canelo has emerged as the most bankable name in boxing since Floyd Mayweather effectively retired, with his rise to the top having been chronicled in America via pay-per-view on HBO and Showtime.

The 28-year-old stands to become one of the few men to hold world titles at three weights if he beats Liverpudlian WBA champion Rocky Fielding at Madison Square Garden in December, the first outing of his 11-fight, five-year deal with DAZN.

He is thought to have banked around $50m from his most recent bout, a rematch with fellow middleweight superstar Gennady Golovkin, which Canelo won by a narrow majority decision, due to the number of viewers in the United States who paid the $80 to watch it on HBO.

The DAZN deal likely constitutes Canelo’s ultimate payday, reward for a industrious career that already totals 53 fights – 50 of which he has won, with just one defeat.

It could even end up being worth more than $365m; if DAZN hits certain subscription targets, he will receive unspecified top-up payments.

“Canelo is the highest-paid athlete in the world,” his promoter Oscar De La Hoya, who struck the deal, told ESPN. “He’s extremely happy.” 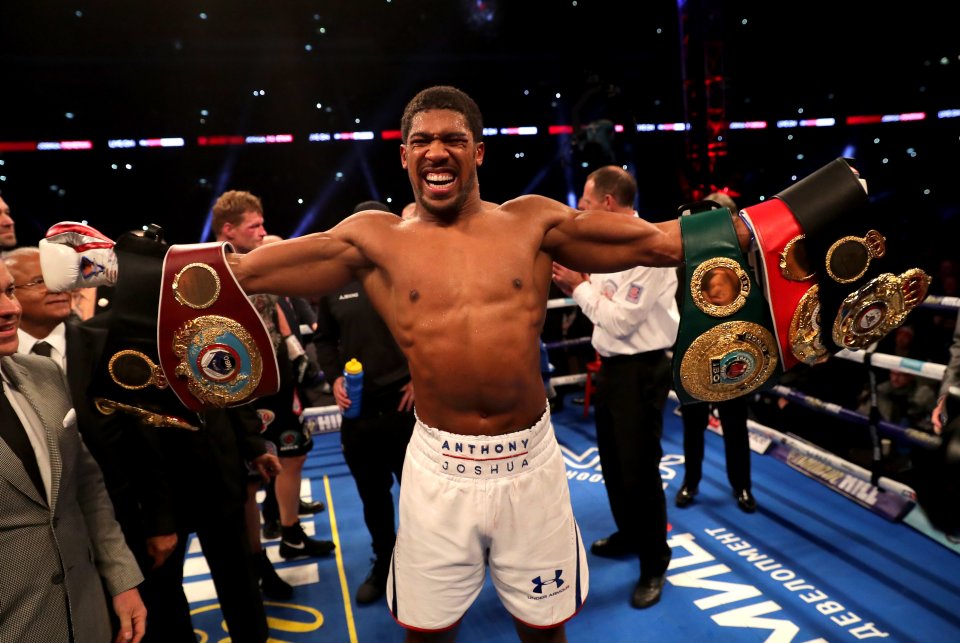 DAZN also has the rights to show Anthony Joshua's fights in the Unites States (Source: Getty)

For DAZN, the Canelo signing is a huge statement, given it is a relative newcomer.

The platform launched in Germany, Austria, Switzerland and Japan in 2016, with Canada following last year and Italy earlier this year, and only arrived in the US in September, where it costs $9.99 a month.

There are no current plans to enter a crowded UK market, although it hopes to operate in 20 territories by 2021. Exclusive rights to Canelo’s fights will apply in all of them.

The Canelo deal is also in tune with DAZN’s US strategy of positioning itself as the go-to service for fight fans.

Canelo’s events are DAZN’s crown jewels but the broadcaster has invested heavily in other combat properties, notably a $1bn deal with leading British stable Matchroom that gives it the stateside rights to all of Anthony Joshua’s fights as well as dozens more events in the UK and US.

It also has the rights to the World Boxing Super Series and mixed martial arts series Bellator, the chief rival to the Ultimate Fighting Championship (UFC).

DAZN made a splash in the summer by taking Serie A rights in Italy. It is expected to diversify its portfolio further as it enters new markets, with the Canelo association paving the way for potential moves in Latin America. 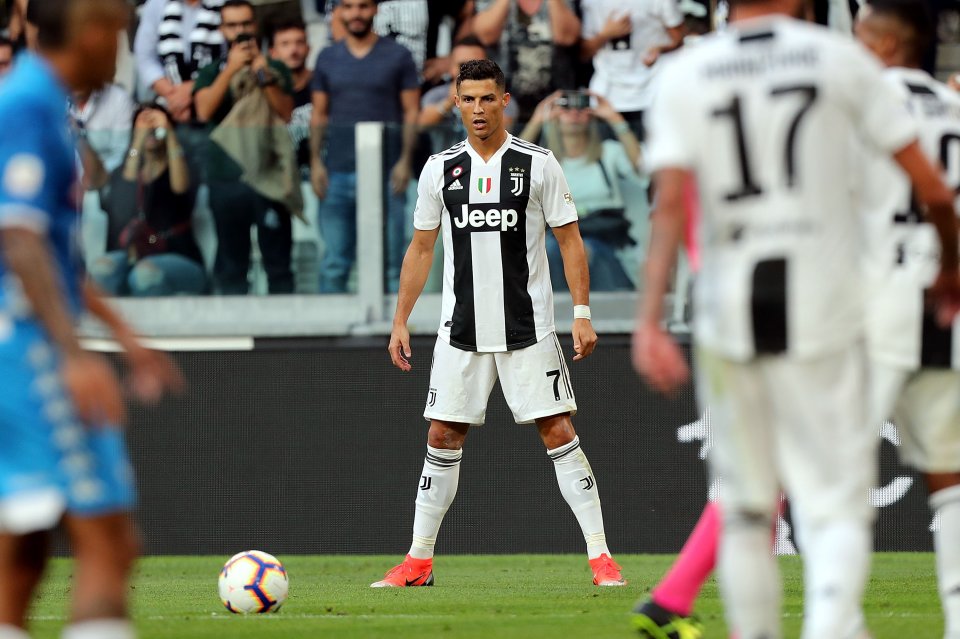 As well as inflating the profiles of Canelo and DAZN, the deal has also been heralded as a death knell for the pay-per-view model, and both the boxer and his promoter were quick to point to the benefits of greater affordability for fans.

“The most important thing to me was being able to give the fans the opportunity to see me fight without having to pay the $70 or $80 for my fights on pay-per-view,” said Canelo.

De La Hoya added: “My dream has been to make boxing a sport for all. DAZN has the perfect platform to make this dream come true.”

HBO’s exit from the sport after years of being the home of premium boxing action in the US raises further questions.

On the other hand, the biggest fights remain almost exclusively the preserve of pay-per-view platforms in Britain, at around £20 a show, while De La Hoya is reported to have held talks with Showtime before inking the DAZN contract, suggesting that pay-per-view was not off the table.

Vast investments in Canelo and Matchroom show that DAZN, which is backed by Leonard Blavatnik’s Access Industries, is not cowed by risk and willing to back its long-term vision for the industry with decisive moves.

Risks can of course backfire, and the sheen was taken off DAZN’s high-profile procurement of Cristiano Ronaldo as the face of its Italian football rights when US officials reopened an investigation into rape allegations against the Juventus superstar this month – claims which Ronaldo has denied.

Canelo’s reputation, meanwhile, is not whiter than white: he served a six-month suspension for a doping violation earlier this year, blaming his positive test on contaminated meat.

DAZN would need more than 2m subscribers for the duration of its five-year deal with Canelo to recoup its investment on him and the Matchroom deal.

Whether that gamble pays off remains to be seen, but for now both parties have, at the very least, entered the consciousness of many more prospective customers.