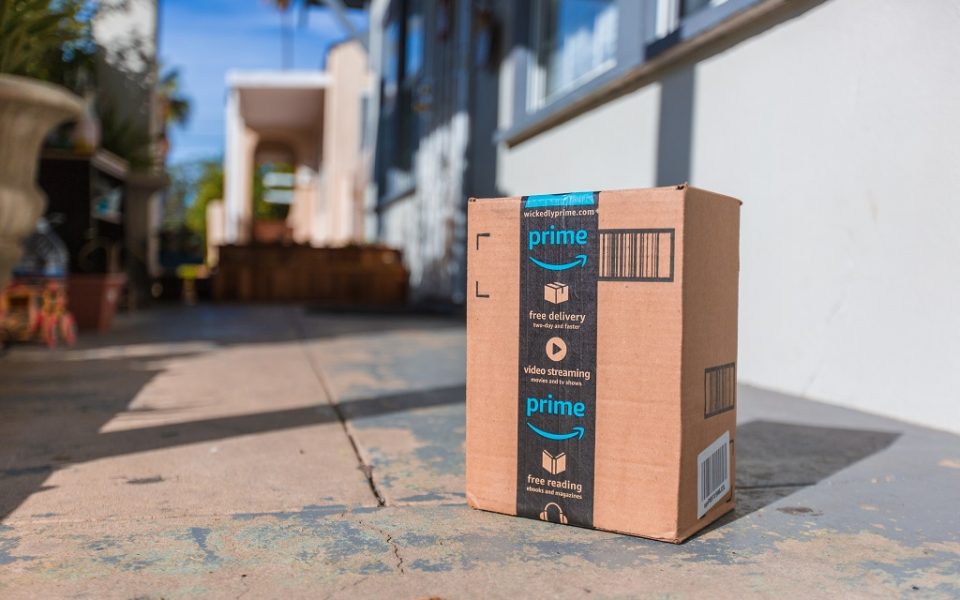 Amazon is not a company normally associated with meaningful strides towards a low carbon future. Although e-commerce is typically better for the environment than heavily air-conditioned, high street stores, speedy deliveries carry a high carbon cost. Any Amazon shopper may feel a pang of guilt – as I have – at using the one day delivery service. But the feeling may be unwarranted.

We believe the company’s efforts to tackle its climate change impact mean Amazon’s environmental impact is set to fall dramatically. Climate change is a significant disruptive force for investors, and one that has recently attracted widespread media attention following largescale demonstrations by the protest group “Extinction Rebellion” in London and other major cities across the world. We remain focussed on finding companies with the foresight to engage and adapt.

From the use of cloud computing to electrifying the “last mile” of its deliveries, Amazon is an increasingly positive force for climate change efforts.

The business world is now hugely dependent on data centres, but these hubs of processing power consume huge amounts of energy and are expensive to run. The use of cloud computing (where data is stored, managed and processed through a network of remote servers on the internet rather than through a local server) can drastically improve the efficiency of data centres, leading to cost savings and reducing carbon production.

A large-scale cloud provider such as Amazon often achieves server utilisation rates of 65%, compared to as low as 15% for in-house servers. If companies move to the cloud, they would require less than a quarter of the servers they would need to install on their premises. The cloud servers are also operated more efficiently, using sophisticated cooling systems and better-designed facilities.

Furthermore, with many of the large cloud providers committed to sourcing energy from renewables, the electricity mix powering the cloud is 28% less carbon intense than the global average.1

The combination of these factors results in an 88% reduction in the carbon emissions of business computing. The demand for computing will continue to grow and scale is an important competitive advantage in cloud computing – not just from a commercial perspective but from a climate change perspective as well.

There is compelling evidence which suggests that e-commerce compares favourably with traditional retailing as a low carbon model on a number of different metrics.

Firstly, online retailers have a much lower direct energy and emission footprint, as they operate a few centralised distribution warehouses, compared to a traditional retailer which operates distribution facilities as well as expensively lit, air-conditioned and heated stores.

Secondly and more significantly, it is important to consider how the goods are transported to customers. Here too, most journey types result in lower carbon emissions from the online delivery model. This is because each delivery vehicle will be responsible for multiple packages ordered online, whereas in the traditional retail model people tend to drive to and from stores and retail parks in their cars.

E-commerce firms such as Amazon are deploying highly sophisticated technology to optimise delivery density and route planning, and will be faster to adopt electric vehicles than consumers (as delivery vehicles return to depot for charging frequently so are ideally suited to EV technology).

Companies with large delivery fleets, such as the DHL, Fedex and the US Postal Service are starting to convert their vans and trucks to electric, and this will happen much more quickly than in the consumer vehicle market. This is partly because of rapidly tightening emission regulations. In April, London introduced the world’s toughest emission standard in the centre of the city to cut toxic air pollution and protect public health. However, it’s also because electric vehicles are becoming cheaper to run and this matters more when a vehicle is in constant use, as for delivery vehicles.

One good example of this is Germany’s DHL, who have committed to having 70% of their last mile delivery services from low emission vehicles in just six years time. Although Amazon’s own delivery fleet is comparatively small, the emissions associated with their deliveries will be reduced by this electric transition in delivery networks.

Although it remains unclear how Amazon will achieve its ambitious new plan to make 50% of its shipments carbon neutral by 2030, the pace of conversion away from combustion engine vehicles can and will happen fastest in the professional and e-commerce industry. What’s more, companies such as Amazon, which adapt to global challenges such as climate change, put themselves on a far better footing.

As investors in climate change trends, we aim to look beyond the headlines to identify the companies actively engaging with climate change, and to imagine what the future will look like in a low carbon world. Amazon’s approach puts it on the front foot to negotiate the disruption that could destabilise a number of its peers.