Camp Siegfried at the Old Vic: As bright and bouncy as brainwashing gets 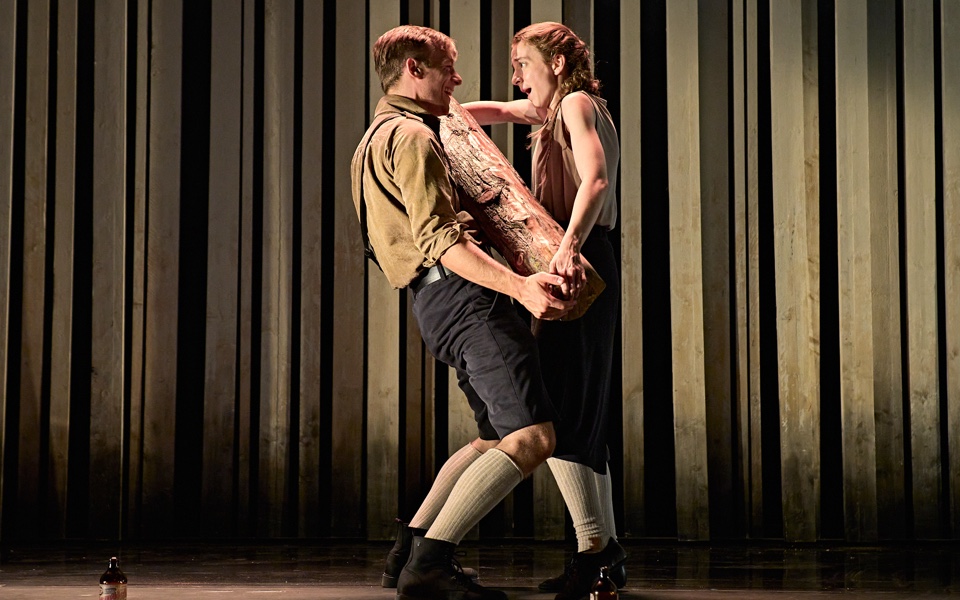 A true story about the indoctrination of American teenagers into fascism sounds like a heavy evening of theatre, but the Old Vic’s Camp Siegfried is as bright and bouncy as brainwashing gets.

Set in the titular Long Island summer camp in 1938, it follows two unnamed teenagers who meet on the outskirts of a dance – Him full of false bravado, Her desperately trying to overcome debilitating shyness.

As they begin a tentative courtship we start to learn some disturbing truths about Camp Siegfried. It’s attended exclusively by German-Americans, it’s big on discipline and youth participation, and the camp leaders are extremely enamoured by this guy who’s taken charge of Germany. You know the one, little fella with a funny moustache. Moreover, far from the burgeoning relationships between teenage attendees being chaste or clandestine affairs, the children are actively encouraged to “socialise”, with anyone who manages to knock someone up being hailed as a real team player. There are genetic lines to preserve, after all.

Patsy Ferran proves once again that she’s one of the finest young stage actors working today, with a performance filled with the twitchy, nervous energy for which she’s become known. Her teachers spot in her a keen intelligence and give her the “honour” of making a speech in front of the camp, with the vague promise that it may even be attended by some foreign dignitaries.

Luke Thallon doesn’t disappoint as the other half of the two-hander, selling the impotent rage that soon breaks through his Boy Scout veneer, and his subsequent march into the arms of the Nazis.

There’s an unreality to Bess Wohl’s play, a staginess that made me fear for a few long seconds in the first act that the characters were about to burst into song. This lack of realism gives the play the feel of a parable, lifting it from its historical setting and underlining the message about how easily extremist views can be foisted upon impressionable young minds; there’s even a mention of making America great again, which felt like overegging the pudding.

Also Read:
The Memory of Water at Hampstead Theatre review

This also helps paper over some rather neat plotting as the play nears its end, with both characters embarking on literal or emotional journeys that change the way they think about the camp and each other, allowing Wohl to neatly tie everything up within a brisk 90 minutes.

Camp Siegfried is well acted, well directed and doesn’t outstay its welcome. While not quite a must-see, it’s nevertheless an entertaining and thought-provoking night of theatre.