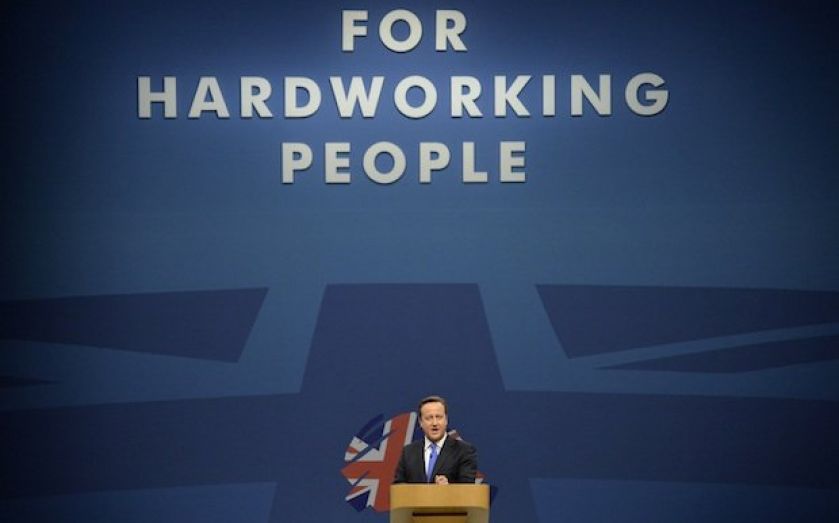 IN HIS speech to the Conservative Party conference yesterday, David Cameron told the audience that the government’s great project was to make Britain a land of opportunity. He argued that Conservatives should see their mission as building a Britain where humble dreams like owning your own home or starting your own business are within the reach of more of us.

No one is going to be left on the scrap heap, either. Earlier in the week, George Osborne announced that staying at home on benefits will not be an option for the long-term unemployed. Further, Cameron suggested that benefits will be withdrawn for the young and healthy, and they will have to earn or learn.

But for NEETs (those not in education, employment, or training) to start their careers, and for the long-term unemployed to find their place in the productive economy, they will need jobs. The first priority is to get people into work – to get them back into the habit of working. But over time, there has to be the promise of something more than an uncertain job on a low income. There need to be good new jobs.

The government has done some good work to encourage new growing businesses. One measure that stands out is the abolition of stamp taxes on Aim-listed shares. This will make it easier for firms to raise equity finance.

But a lot more needs to be done. In particular, there needs to be action to ensure that people are allowed to keep a proper return on the enormous risks and the many sacrifices that it often takes to build a new business.

If you build a business, you will pay a series of different taxes on your earnings: corporation tax when you first make a profit; income tax when those profits are paid out as dividends; and capital gains tax on any attempt to realise the value of future profits. The same income is effectively taxed three times.

Taxing the same income repeatedly is always an unfair and inefficient way to raise revenue, but it is insane when we are talking about the engine of economic growth, the process that creates jobs.

One of the biggest opportunities is cutting capital gains tax. It raises much less than 1 per cent of government revenue, yet it is a constant factor in investment decisions. Billions of pounds of capital are locked up thanks to the tax and could be put to more productive uses. Back in 2006, the Forsyth Commission was tasked by the Conservatives to study potential tax reforms, and it recommended that capital gains tax should taper to zero over ten years.

The 2020 Tax Commission – organised by the TaxPayers’ Alliance and the Institute of Directors and released in 2011 – recommended going further and establishing a single tax on income when it is distributed, however it is distributed. Remove the extra taxes like capital gains tax, and you can make Britain a more competitive location for international investment and create the right environment for more of the high growth businesses that create opportunities for everyone.

Instead the government has hiked capital gains tax, undermining the progress it has made by cutting corporation tax. Entrepreneurs’ relief is great, but its limits encourage entrepreneurs to get out early rather than building the next Facebook or Google.

There are other taxes that make it harder for firms trying to establish themselves in particular sectors. Retail firms struggle with business rates; green taxes and charges hurt energy-intensive industries and the rest of their supply chain; and if a company needs to attract talented staff in a global labour market, high income tax rates will undermine its ability to compete.

On top of the taxes, there are a load of regulations that also hold up growing new firms. Labour market regulations in particular make it riskier to take on new staff. The protection they provide to people already in jobs comes at the expense of cutting off opportunities for those looking to get into work.

There are many who will never want the worries and risks of starting their own business. Not everyone wants the bigger mortgages that government guarantees under the Help to Buy scheme make possible. They want the opportunity for a job that is better paid and more fulfilling. A job that will allow them to save up the money they need for a mortgage they can afford on their own terms.

But to make that possible we need to think about another kind of opportunity, the opportunity for those with big ideas to build the next big business.

Matthew Sinclair is chief executive of the TaxPayers’ Alliance.