Cable stabilises above £1.30 support, but the Brexit storm is far from over 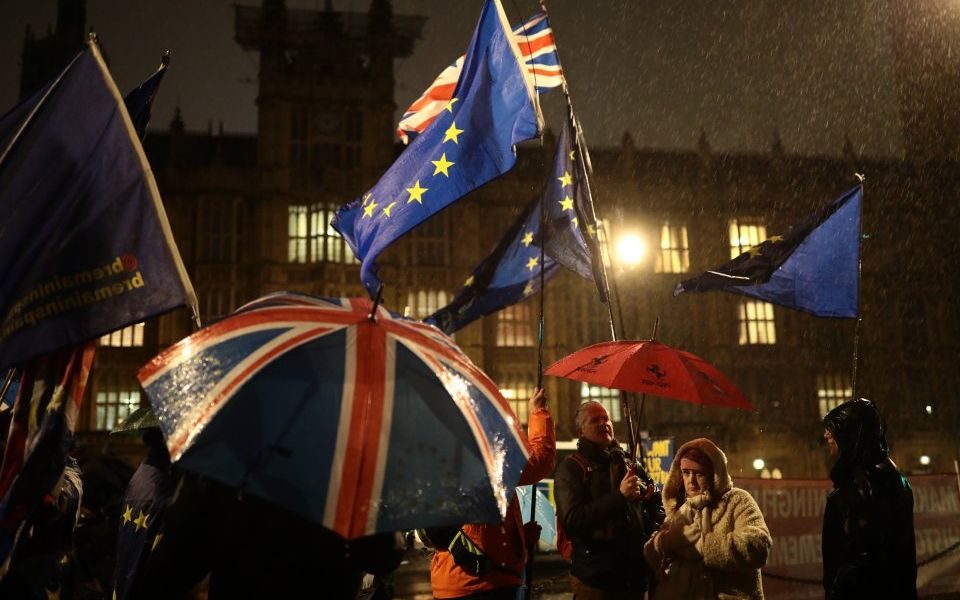 The UK parliament yesterday voted against officially blocking a no deal Brexit, but also forced Theresa May to return to the EU to renegotiate the controversial Irish Border backstop. Cable tumbled over 100 pips initially but support at £1.3060 held. But there’s plenty of pain on the horizon for GBP/USD.

“Backstop”. It’s a word that appears just once in the 599-page Withdrawal Agreement. But it’s been used a lot in parliament, the media, and financial market commentary ever since.

In short, it ensures that Brexit would not create a hard border between Northern Ireland and the Republic of Ireland by entering the UK into a temporary customs union with the EU should a trade deal not be negotiated by the end of the transition period; December 2020.

It was largely because of the backstop that Theresa May’s deal was rejected during Parliament’s “meaningful vote” on the matter in January. It was also the topic of the Brady amendment, which MPs passed yesterday with a majority of 16 votes.

The Brady amendment calls for Theresa May to replace the backstop with…“alternative arrangements”. May now has to go back to Brussels and negotiate a different solution for the Irish Border.

She has two weeks until the next “meaningful vote”.

Cable has stabilised above support around the £1.30 level for the time being. Yesterday showed just how much optimism was priced in to sterling, with GBP/USD tumbling over a cent after MPs rejected the amendment by Labour’s Yvette Cooper that would have extended the Brexit deadline to December 31st in order to rule out a no deal exit.

Traders had clearly been convinced beforehand that a no deal Brexit had been taken off the table; cable was up 6.5 per cent on its January starting levels a few days before the vote, trading at levels not seen since October 16th.

Lawmakers did, however, support a non-binding motion from Conservative MP Dame Caroline Spelman to prevent a no deal exit. Much of today’s PMQs have revolved around trying to get Theresa May to agree that the motion was “morally” binding, if not legally. The House has at least demonstrated that the majority opposes a no deal exit, which is helping the pound find firm bid today.

Despite a return to gains today – which failed to find momentum enough to break above the £1.3125 invalidation point that would signal the start of a uptrend – sterling could be heading for a collision with reality.

Will EU officials really blink on the backstop?

EU officials said before the votes last night that the backstop and the Withdrawal Agreement couldn’t be renegotiated.

They said during the votes last night that the backstop and the Withdrawal Agreement couldn’t be renegotiated.

They said after it, and they said it this morning.

Theresa May has to go back to Brussels and pull off the seemingly impossible; thrash out in two weeks an alternative to something that took 18 months of tough negotiations to produce.

And, of course, reopening any aspect of the Withdrawal Agreement exposes other areas to renegotiation. European papers are today pointing out that EU members could make their own demands. Germany’s Der Spiegel expects Spain would want another discussion on the Gibraltar question, while other countries may demand the right to fish in British waters.

The government is hoping that the EU will be more inclined to renegotiate now that Theresa May has proven she can get parliamentary consensus for something. This hope could keep a floor under sterling for the time being, but cable is vulnerable to some nasty shocks if it becomes apparent the EU really wasn’t bluffing when it said it would not make changes.

Heading in circles? Cable ready for “meaningful vote” round two?

Commentators are already suggesting that the February 13th “meaningful vote” will basically be a rerun of yesterday’s proceedings. May could return empty-handed, or with the slimmest of concessions from the EU – perhaps an addendum or codicil to the Withdrawal Agreement. Parliament then has to decide whether to back her original deal, or the argument over extending Article 50 could begin again.

That, at least, might help fuel a recovery from any losses incurred should the EU refuse to capitulate.

For the time being, it seems yesterday’s vote did little to change the overall outcome matrix for Brexit. We’re still no closer to knowing whether we’ll be leaving with Theresa May’s deal, no deal, extending Article 50, or not leaving at all. There’s too much information right now for traders to process, which is helping GBP/USD keep its footing.

For now, the only certainty for the pound is that uncertainty remains the order of the day.