By trolling Anthony Scaramucci, Trump has crossed a line 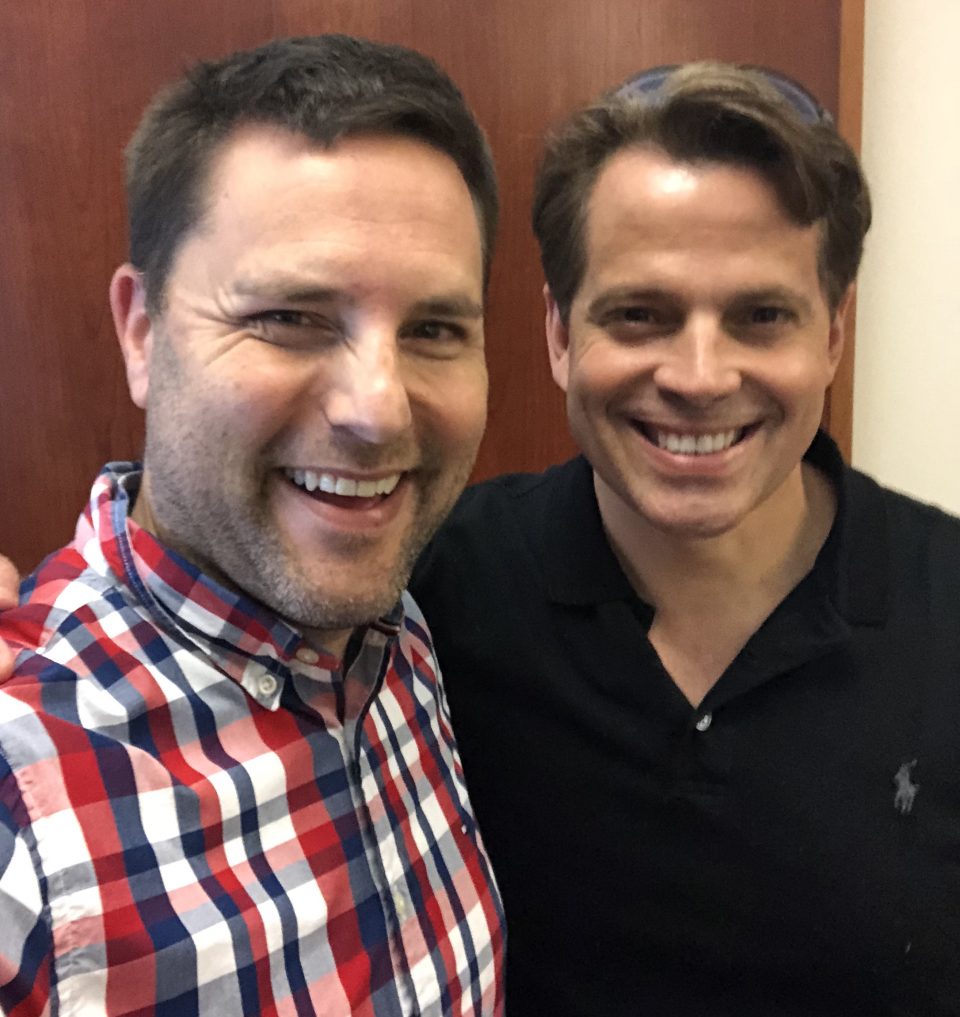 When I woke up on Sunday, like a lot of entrepreneurs and people who work in the media, I reached for my smartphone to check Twitter (Mrs B was still asleep; I am an early riser). One story that caught my eye straight away was President Trump – where would Twitter be without him, or he without it? – lashing out at one of his former aides, Anthony Scaramucci, briefly director of communications at the White House in 2017 but still a doughty defender of the administration.

Anthony Scaramucci is a friend of mine. I’ve known him for a number of years, since we met while appearing on a panel together at a conference in Connecticut. This was during the Obama administration, and Anthony told me, calmly but with confidence, that Donald Trump would be the next President of the United States. I didn’t believe him. Indeed, I mocked him gently for his outlandish opinion, for predicting an outcome which received wisdom had dismissed as impossible. I wondered briefly about his judgement: maybe he simply didn’t understand the complexities of electoral politics, popular opinion and coalition-building.

Of course, in the end, it was me who was the fool, the one who misjudged, the one who didn’t understand. In my defence, a lot of the political establishment committed the same mistake. They had decided that Trump couldn’t win, and that therefore he wouldn’t. And it was the same with the Brexit referendum. Remain would win, of course, because that was the outcome on which all liberal, sensible, balanced people had agreed. Except no-one had told the electorate.

Anthony’s ‘crime’ had been to criticise Trump mildly for his reaction to the two mass shootings in Texas and Ohio. He suggested that the president had not been conciliatory and healing, but had chosen divisive and aggressive rhetoric. When I heard that “The Donald” had let him have it with both barrels—he tweeted that the Mooch was “incapable” and only appeared on TV as a pundit because of his two-year-old White House connection—I was initially shocked. I knew Anthony had often been seen in the media as an ally of the Trump administration, though always a critical and honest friend, and that he had acted out of loyalty, not in the hope of advancement. He is, after all, the head of a multi-million dollar investment fund, SkyBridge Capital, and organiser of the annual SALT global leadership conferences. He doesn’t need a favour from a grateful White House. But he is a man who prizes loyalty very highly.

Once the shock had worn off, and I thought about it more, it made a lot of sense. Everything fell into place. Anthony had stayed true to his principles and what he had seen as his role as a candid friend to the president. But Trump is a man for whom loyalty is complete and unquestioning; and it is also strictly one-way. If you diverge, you are gone. Appearing on Real Time with Bill Maher, the Mooch reflected sadly that his honest and friendly criticism had meant his failing to pass “the litmus test” of 100% loyalty to the president. Then, with what I think may come to be extraordinary perspicacity, he remarked, “Eventually he turns on everyone; soon it will be you, and then the entire country.”

It’s this chilling observation that I think indicates that President Trump has crossed a line. Next year is an election year, of course, and the Republican contender needs to consider his strategy. He ‘lost’ the popular vote in 2016, remember, and in 2020 needs to appeal to the ‘soft’ base as well as to his hardcore supporters who will vote for him come what may. Trump needs to hold his support in the fly-over states where canny Democrats ought to be campaigning hard, rather than boosting their already-strong support on the East and West coasts.

That is how the system works: it’s all about numbers. It was Lyndon Johnson who said that the first rule of politics was that the participants should be able to count. But that kind of nuance, of flexibility and of empathy, are tools unknown to Trump, simply missing from his armoury, as if beyond his comprehension.

This matters. It should be abundantly clear now to anyone with a passing interest in politics that Trump’s world is a Manichaean one: you are for him, or you are against him. You back him 100%, or you are the enemy. And once you have been moved from one column to the other, it is near-impossible to move back. This is a reflection, of course, of a wider development in politics globally. People have dug themselves into fortified camps, in which they feel safe and unchallenged, and therefore reluctant to emerge and engage with others. It has affected the politics of the US; you see it here in the UK with Remainers and Leavers debating Brexit; in France with Macron’s young globalists and les gilets jaunes; in Germany between a booming left-wing Green movement and the nativist beast of Alternativ für Deutschland.

As the new week begins, Anthony is refining his position. He now says he is “neutral” on Trump’s reelection, and will not be voting for him. He says that bullying is “anti-American” and asks, wryly, “Should we send him back?” Most significantly of all, I think, he has, in my view with sadness, tweeted the words of Dietrich Bonhöffer: “Silence in the face of evil is itself evil… Not to speak is to speak. Not to act is to act.”

Compromise and consensus are dirty words, now, common ground a thing of the past. You are one thing, or the other. Nor is this merely a feature of the Right, as is sometimes suggested. The so-called liberal establishment has stopped listening too, cocooning itself in the comfortable echo chambers of Twitter and the broadsheet newspapers, listening to opinions soothingly similar to their own. What they haven’t done is descended to the street, listened to the mood in the country, and tacked accordingly.

That is the atmosphere in which Donald Trump must seek re-election, and it is an atmosphere which he has in no small part created. He has defied his critics with the sheer improbability of his presidency for nearly three years now, but I really do think something significant has happened. What began as prizing loyalty has become a scorched earth policy. I can’t quite decide whether POTUS is Samson in the temple or the little corporal in the Führerbunker; either way, it is a destructive analogy. I am drawn to the conclusion, for the first time, that 2020 is now for the Democrats to lose.