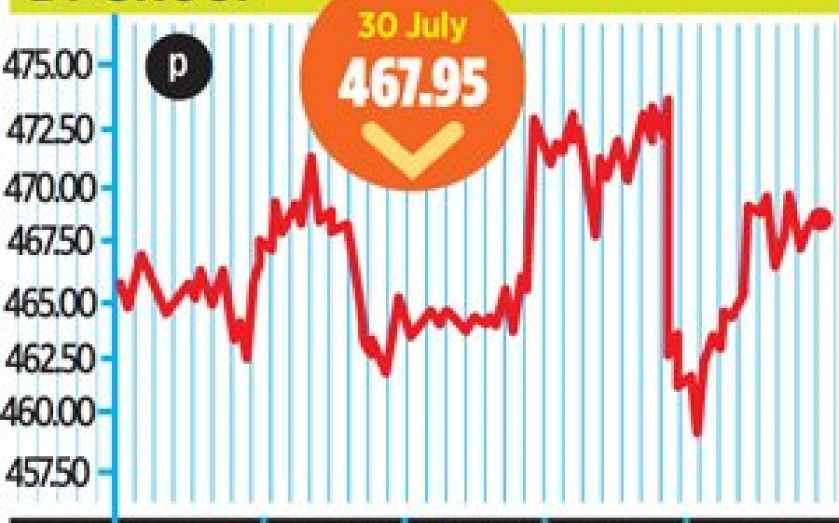 BT Group yesterday posted a solid rise in first-quarter profits and said it is on track to meet full-year expectations, thanks to strong demand for its superfast fibre broadband and a flurry of customers signing up for its new pay-TV football coverage.

The telecoms company pulled in 217,000 new super-fast fibre broadband customers and 60,000 new TV customers, ahead of the launch of its expanded sports TV offering, which includes exclusive rights to show Champion’s League football. Revenue in its consumer unit rose three per cent to £1.07bn, with a seven per cent increase in broadband and TV sales.

On a group level, reported pre-tax profits rose 16 per cent to £632m, although revenue edged down two per cent to £4.28bn. “The investments we are making in our business and customer service are building a strong platform for growth,” said chief executive Gavin Patterson. “And our financial results show we’re on track to achieve our outlook for the full year.”

Shares in the FTSE 100 firm slumped three per cent in early trading, following an eight per cent rally over the last two weeks, before recovering slightly in the afternoon to close at 72.85p.

Watchdog Ofcom said earlier this month that spinning off Openreach could encourage competition in the market.

That came as music to the ears of rivals Sky and TalkTalk. BT said it is “engaging with Ofcom” on the matter.