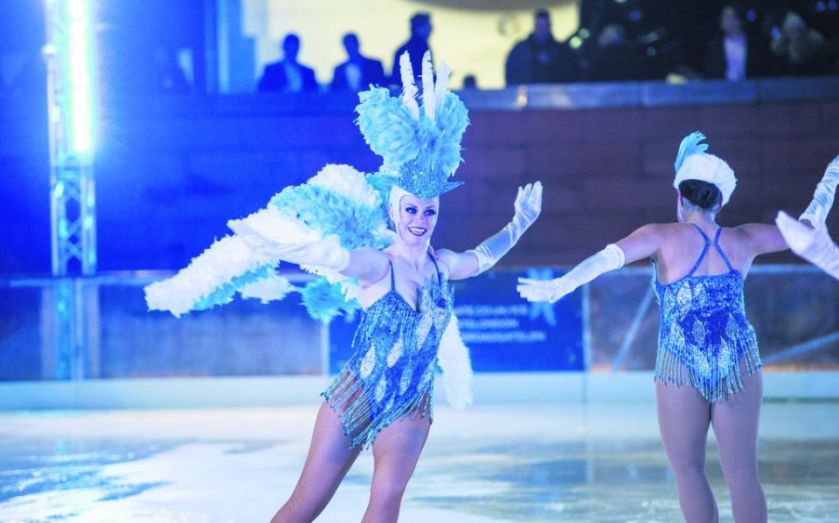 Broadgate was filled with the sounds of relieved admiration last night as the crowd at its ice rink launch party watched as performers glided, spun, lifted and swung.
Representatives from the Prince’s Trust, Berkeley Group, Broadgate and FTI Consulting among others all mingled, enjoying their first mulled wine of the year and bites from The Tasting Room, which overlooks the ice. 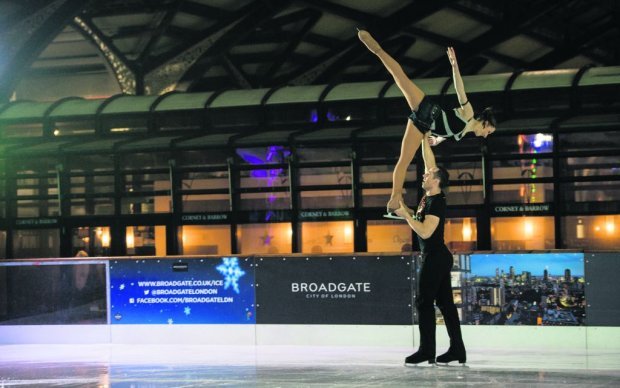 Having been on the ice but half an hour earlier, seeing the profess­ionals take over was a bit of a treat for the amateurs. But there were certainly a few gasps, as a skater’s ponytail glanced against the cold ice as her partner spun her at speed.
The seven performers wowed the crowd before clearing space for the inspired audience to give it another go. Now those are the kind of frozen assets you want in the City.