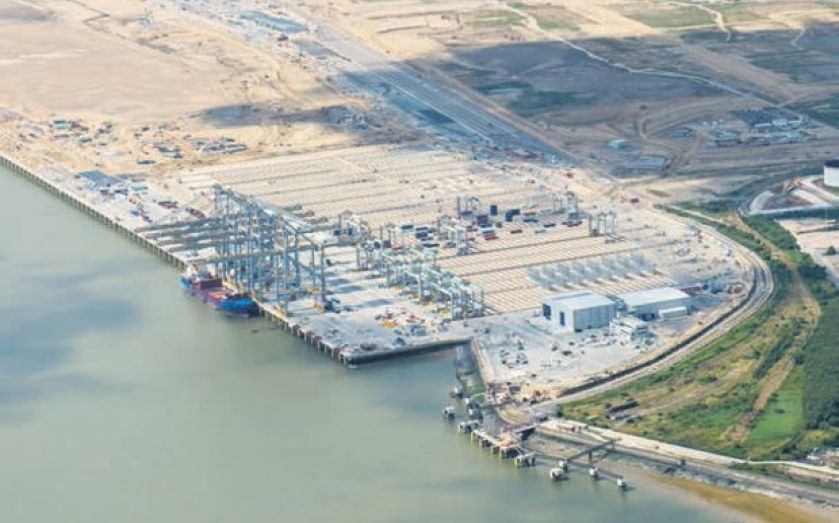 THE FIRST big port to be built in Britain in decades will open on Thursday, more than three years after its Dubai-based developers began work on the 60-acre site on the north bank of the Thames.

The super port will eventually be capable of storing 3.5m twenty foot containers per year or TEUs as the key industry measure is called. A first berth will open this week followed by a second next year and a third by the end of 2014.

The MOL Caledon, a 5,000 TEU vessel en route from Cape Town in South Africa will be the first ship to call at the port on Wednesday night. The 300 metre-long vessel, which used to stop at the rival port of Tilbury, is currently the only line committed to London Gateway.