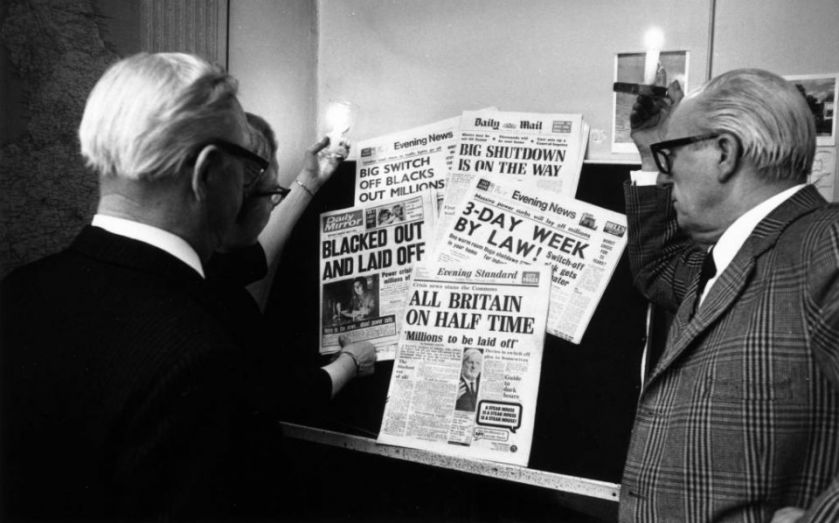 I was fascinated to hear Lord Redesdale say earlier this month that he would put money on blackouts and brownouts by the end of the year. It’s an interesting position to take, but I am very willing to take up his wager.
Why has Lord Redesdale taken up his position? We both know that blackouts and brownouts result from the combined failure of the wholesale electricity market and balancing services. It is a function of the wholesale market to ensure that there is sufficient electricity to meet demand – primarily from generation, but also through interconnectors and storage. Of course, in recent years, measures to support the decarbonisation of electricity generation have resulted in the growth of renewable generation and closure of coal-fired power stations.
Read more: Britain facing winter of blackouts as National Grid warns of tightest power supply in a decade
In addition, the high gas price following the Arab Spring and closure of Japan’s nuclear fleet has resulted in the closure – temporary and permanent – of some of the UK’s older gas fired generators.
As a result, supply margins have declined to the lowest levels for some years and both National Grid and Ofgem had warned that tighter margins may develop in the coming years. This would seem to suggest that those blackouts and brownouts might be just round the corner. Yet, why am I so confident in betting against Lord Redesdale?
Firstly, the recent fall in gas prices has changed this pressure: SSE have announced that Ferrybridge coal power station will close at the end of the winter, but it will also reopen the mothballed Keadby gas plant by the end of October.
Secondly, the changes have not all occurred in generation.
There is increasing recognition of the growing disconnect between economic growth and energy intensity. While the recession in 2008 has clearly reduced demand, it appears as a blip in a trend that started beforehand, and has continued since. Both average and peak grid-supplied electricity demand has been trending down for a decade. This is partly due to on-site generation, which reduces demand from grid-connected generation.
However, a third factor is the reduction in underlying demand, due to both policies designed to increase board-level awareness, and technological developments.
Reports from the maligned CRC scheme show a reduction in energy use among participants, while ESOS ensures that energy efficiency gets continued attention. The coming of age of LED lighting is perhaps the most visible development. Continued efficiency gains in electrical appliances, pumps and motors, combined with a greater focus on running costs in industrial investment since the recession have played their part in reducing demand.
This growing industrial interest in energy efficiency has reduced both peak demand and also increased the demand response to avoid Triads. National Grid has reported a reduction of 1.2GW in response to expectations of an impending Triad over the winter.
In addition, further regulatory change will come into effect this winter, which will increase business awareness of energy costs at peak time. The Electricity Balancing Significant Code Review will amend the cashout mechanism, which should better reward and encourage more peak response.
Meanwhile, as a result of P272, 160,000 meters will start to be settled against actual consumption for each half hour instead of a standard profile. Many businesses will also see costs for the Capacity Market appear on their invoices.
Finally, while the changes to the generation mix and demand trends have increased the challenge for National Grid to balance the system, it has been evolving too, developing better forecasting tools for wind and solar generation, and introducing new services that the company can call on to balance the system.
Existing services, such as the short term operating reserve (STOR) remain oversubscribed, while the new strategic balancing reserve (SBR) and demand side balancing reserve (DSBR) will provide additional capacity outside of the market.
These are expected to be called upon only after a notification of insufficient supply margin (NISM) has failed to elicit a market response. The last NISM was called in 2012, and in 2009 before that. There are now more tools available to help manage the system.
It is not impossible that National Grid will issue a demand control notice for DNOs to reduce demand across their networks.
Yet, it’s so unlikely that I will put money on National Grid being able to keep the lights on – and I’ll happily pick up my winnings from Lord Redesdale come the spring.