Britain has never understood the fervour for the EU project 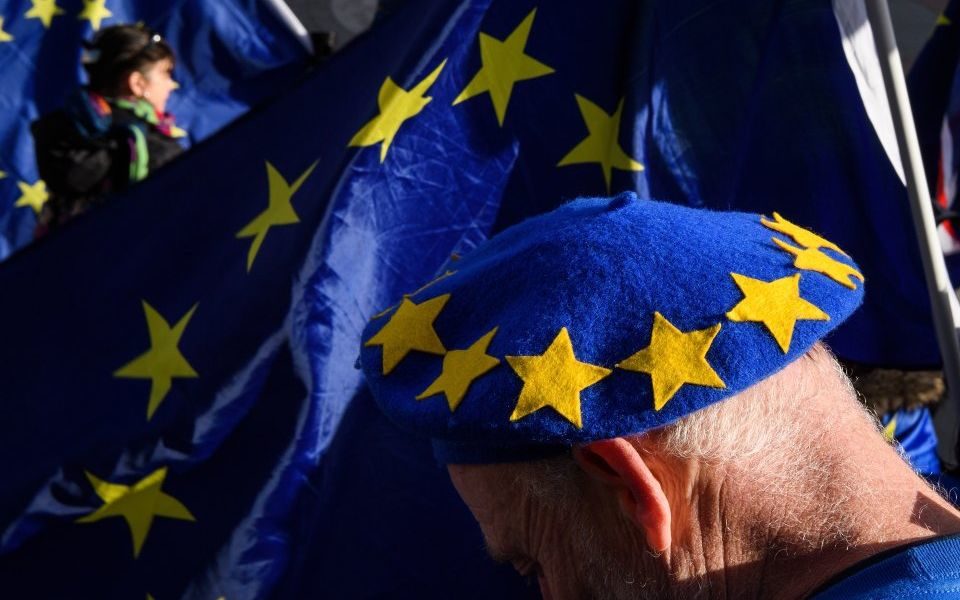 What happens when an unstoppable force meets an immovable object?

It would appear that we are about to find out in the latest instalment of the Brexit soap opera that has been running since we announced our intention to leave in 2016.

For no sooner had MPs voted on Tuesday night to back Sir Graham Brady’s amendment requesting that “alternative measures” replace the much-criticised backstop, than Brussels responded with the most famous word in the EU lexicon: “non”.

The scene is now set for a battle of wills around the reshaping of the withdrawal agreement. It is a fight that the EU is almost certain to win.

There appears to be a common misconception in British governing circles that the EU is a rational institution that puts the economic interests of its members above all else.

Equally widely shared are the beliefs that EU member states are desperate to do a deal with the UK at any price, and that they would be willing to throw individual member states’ continuing membership of their club overboard in the process.

None of this bears any relation to reality. That the UK has sat for over 45 years in EU bodies and seemingly learned nothing about its core beliefs is a terrible indictment of our failure to understand an institution of which we were once apparently a leading member.

It explains why Britain was so often on the losing end of internal EU arguments, frustrating EU discussions rather than skilfully melding them into winning positions in the way that other countries have so often succeeded in doing.

At the heart of British delusions at the current time is the inability to recognise that the EU has always been a political project first, and an economic project second.

The EU has never hidden this. Its own official history page states that its forerunner institutions were created “with the aim of ending the frequent and bloody wars between neighbours, which culminated in the Second World War”.

This political aim was to be achieved in part through economic means, as successive structures like the European Coal and Steel Community and the European Economic Community showed. But throughout it all, the political goal of “ever closer union” was always central to the EU’s ambitions.

Anyone who believes that the EU has gone soft on this objective and is willing to prioritise economics over politics has not understood recent history.

The most pertinent example is the Eurozone debt crisis, and in particular the Greek episode, which followed from the financial earthquake of 2008. By any normal economic indicator, the EU should have thrown the horrifically indebted Greek economy under the bus and encouraged the Greeks to exit from the Eurozone.

Instead, other European taxpayers were told that they were going to be funding a Greek recovery, and the Greeks were put on a drastic austerity diet.

Billions of euros were spent propping up the Greek – and other troubled – economies, which resulted in lost growth across the Eurozone.

There was only one reason for this: a desire to avoid fracturing the Eurozone in order to preserve the goal of ever closer union.

If the Europeans were prepared to sacrifice growth for their ideals just a few short years ago, the chance of a different outcome with Brexit is negligible. They would prefer a deal with Britain, certainly, but if that clashes with a key point of EU ideology, this will always be their first priority to uphold.

And so it will surely prove with the backstop. Without a customs union or free trade agreement, there can be no soft border between Britain and the EU.

For the EU to agree otherwise would be to undermine its negotiating stance with any other neighbouring country or future would-be exiters, and would also shift the leverage from the EU to the UK in the free trade treaty talks to come.

It would be completely illogical for the Europeans to abandon their competitive advantage in negotiations in this way.

But more than this, British politicians have underestimated the impact of the Irish position on the EU stance. Ireland is a member of the EU. The UK will soon not be. Any club that puts the demands of a departing member over those of a continuing one will soon be a club with a membership problem.

The EU will have to honour the Irish position – if it does not, no small country will feel secure within it. And if that happens, ever closer union is over.

So either Theresa May will emerge with the most improbable victory in EU negotiations since Margaret Thatcher banged her handbag on the table at Fontainebleau in 1984, or the Eurocrats will hold the line. The odds favour the latter.

We may yet exit the EU on 29 March with a deal. But it will be on EU terms if so, not ours.

The sooner we grasp this basic concept, the sooner we may get to a real resolution of our present dilemma, rather than the fantasy land we currently inhabit.