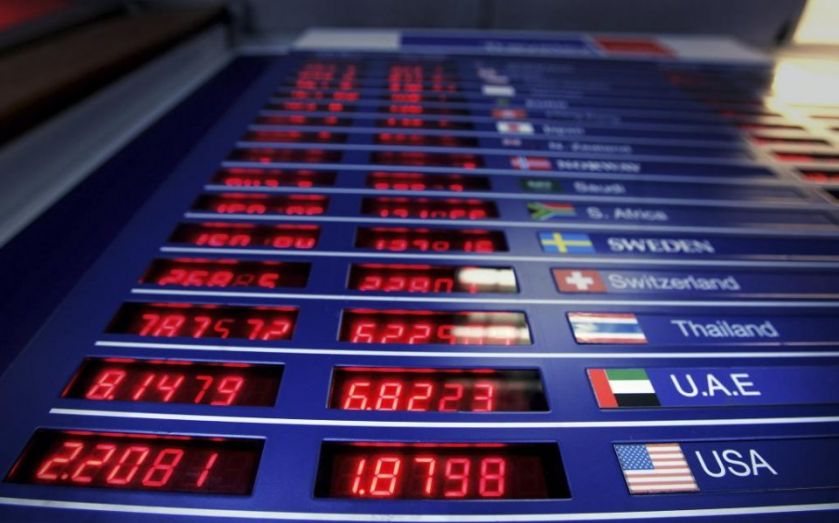 As the August bank holiday approaches, thousands of people are preparing to jet off to foreign climes for summer's last hurrah.

But as you're packing your swimwear and passport, don't forget foreign currency. Figures compiled exclusively for City A.M. suggest that if you leave it until you reach the airport, you could stand to waste hundreds of pounds.

The research, by FairFX, suggested those travelling from Bristol airport should be particularly mindful of this: it's the south of England's most expensive airport, with an exchange rate of 1.1952 for euros on Monday. That means £1,000 got you €1,195 – a margin of 14 per cent on Monday's exchange rate of 1.3675.

Meanwhile, in the North, Leeds airport took a margin of 15 per cent, while Manchester was the region's cheapest – although with a 13 per cent margin, there wasn't much between the two.

Still – while this week's turbulence has given investors the heebie-jeebies, at least those flying to Australia, New Zealand, Thailand, Russia, Singapore or South Africa are set to benefit, with some of the best exchange rates in seven and a half years, the research suggested.

No such luck for those heading to Europe, where the euro isn't quite as high against sterling as it was during the depths of the Greek crisis, the research suggested we're "still getting more euros for our pounds than this time last year".