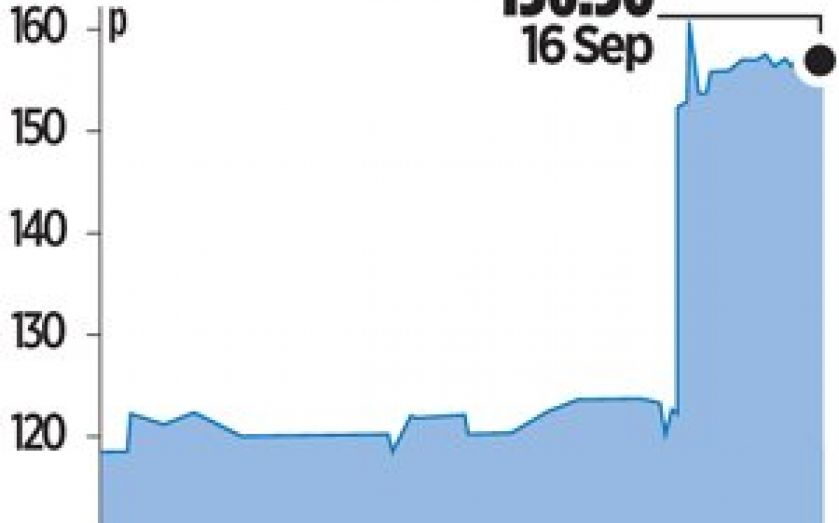 ABERDEEN-BASED oil and gas explorer Bridge Energy’s shares skyrocketed yesterday, after the board said it would recommend a £103m takeover offer from Norway’s Spike Exploration to its shareholders.

The Aim-listed firm, which holds several licences in the UK North Sea, said that shareholders representing a 62 per cent stake in the company had already pre-accepted the offer.

“The board decided to recommend this offer as it reflects a fair valuation of our portfolio and a significant premium to the recent trading range,” said Tom Reynolds, chief executive of Bridge.

Cenkos Securities advised Bridge Energy on the takeover by Spike Exploration. The team was led by Jon Fitzpatrick, who is a director at Cenkos Securities and joint head of natural resources. Fitzpatrick has extensive experience in the energy M&A sector. He advised Ithaca Energy on its £203m acquisition of Valiant Petroleum and Providence Resources on the sale of its Singleton asset to IGas Energy for $66m (£41m) earlier this year. Last week he sold Caithness Petroleum’s UK assets. He also advised Cove Energy from its inception in May 2009 through to the £1.2bn sale to PTT last year. Fitzpatrick is a petroleum economist, natural resources lawyer and is the incoming president of the Scottish Oil Club.

Neil Mcdonald also worked on the deal, under Fitzpatrick. Mcdonald qualified as a solicitor with Shepherd + Wedderburn. In 2005, he was seconded to National Australia Group Europe and subsequently joined Brewin Dolphin in 2007. Neil joined Cenkos in 2011 and is involved in a wide range of transactions across the natural resources and energy sector and has significant experience on takeovers, disposals, private equity-backed buyouts, public and private fundraisings and initial public offerings.