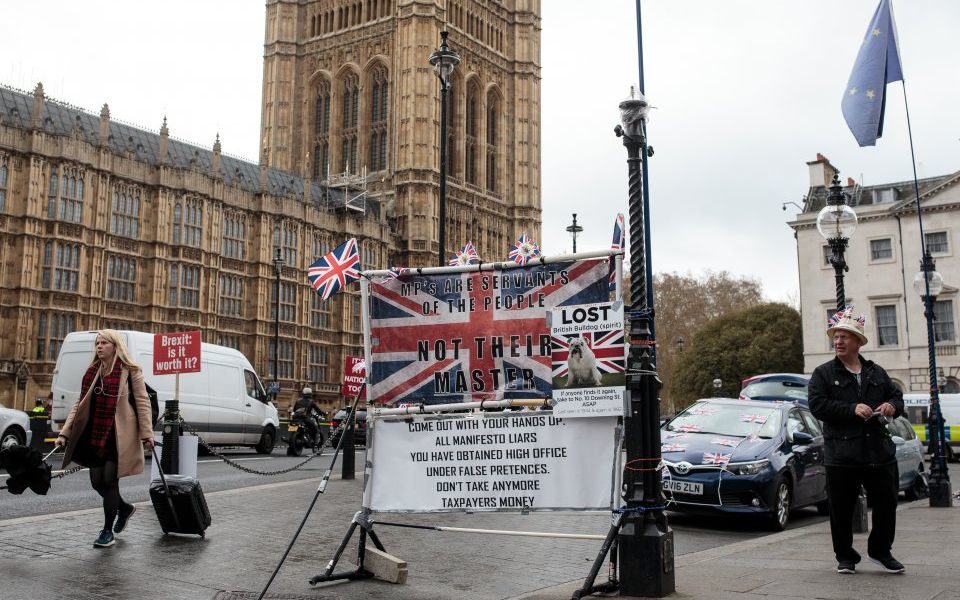 Brexit has cost the UK economy £66bn in lost growth, according to ratings agency S&P.

Had the UK voted to remain in the EU in 2016s referendum the economy would have been three per cent larger by the end of 2018, the group’s report said.

That averages out to £6.6bn in lost economic activity in each of the 10 quarters since the Leave vote won the referendum by 52 per cent of votes to 48 per cent.

The sum is lower than the Bank of England’s estimate that Brexit has cost the UK £800m a week, or £40bn a year.

Today S&P claimed quarterly growth rates could have hit around 0.7 per cent had the UK voted to stay in the EU, compared to the 0.43 per cent actual rate since the referendum.

“This is reflected in particular in a contraction of business investment in 2018.”

Glass blamed this downturn on the “mere anticipation” of Brexit creating confusion, hesitancy and uncertainty in businesses and consumers.

In contrast, the Eurozone’s services industry picked up faster than expected – but its construction sector slowed down in March as the bloc faces its own gloomy economic outlook.

“The truth is that we will never know the counterfactual and S&P don't know either,” she said. “The notion that their analysis provides a ‘robust indication’ is risible.”

“Brexit uncertainty may have dampened economic activity, not least of all through lower business investment,” she added. “But I attribute this overwhelmingly to uncertainty and the appalling handling of the negotiations.

“It is quite shocking that we still do not what is going to happen nearly three years after the vote. This is not the fault of the decision by the British people to leave the EU.”

“Let us remember too that the UK is slowing at a time of general slowdown,” she finished, pointing to Italy’s fall into recession last year and Germany’s recent near miss.

Germany, France and Italy are all leading the Eurozone decline as the European Central Bank offers cheap loans in a bid to stimulate growth.

Prime Minister Theresa May and Labour leader Jeremy Corbyn are attempting to find common ground in a bid to get a Brexit deal through parliament.

Meanwhile the House of Lords is debating a bill rushed through the Commons yesterday by a single vote that seeks to force the PM to request a longer extension to Article 50.

May’s own Brexit deal has suffered three rejections in parliament.