Botticelli in the Fire at Hampstead Theatre review: A giddy nihilistic romp 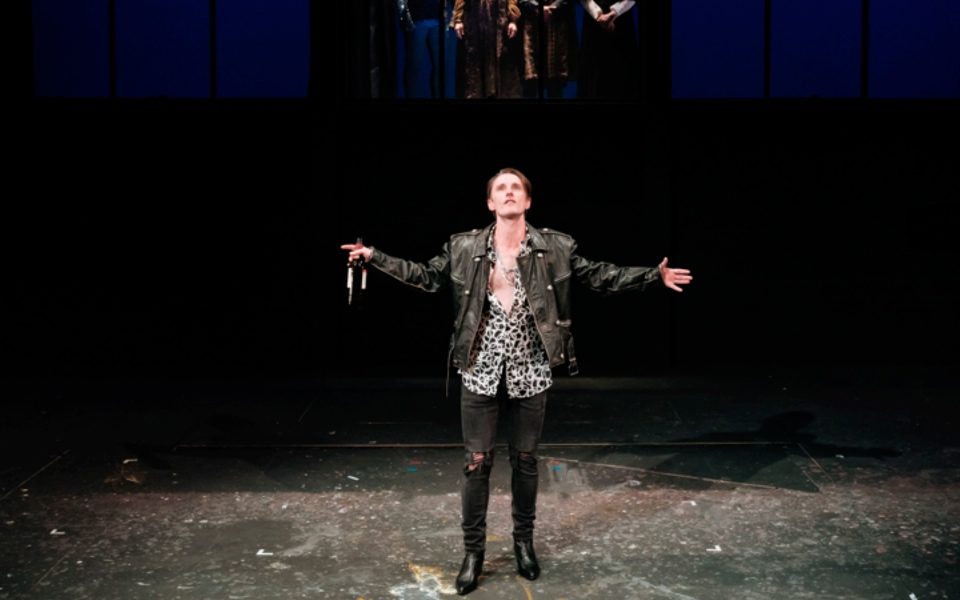 Botticelli in the Fire is a giddy nihilistic romp. A pyrotechnic period drama that vigorously thrusts its way into a position of contemporary cultural relevance, somewhere between Brexit and RuPaul’s Drag Race.

Jordan Tannahill’s script is Shakespearean in its regard for historical fact and Brechtian in its regard for the fourth wall, a mish-mash of modern and 15th century Florentine culture, of fact and fiction. It’s a queer re-imagining of the painter’s seemingly inevitable collision with the austere religiosity of the firebrand preacher Savonarola, and his Bonfire of the Vanities.

Botticelli himself is well-acted (by Dickie Beau) and engaging, but the character  is shallow and cliched. He’s the dissolute, selfish, self-destructive creative genius we’ve seen countless times. In an opening address he tells the audience, “I promise you this isn’t going to be another tortured fag-artist sob story. Okay maybe it is.” This is a play which – appropriately for a tale of bottomless appetite – wants to have its cake and eat it, but as a consequence it’s permeated by a sense of indecisiveness (it even has both sad and happy endings).

The play is best when at its most camp and fantastical, with the audience most audibly enthused by a surreal interlude in which the sequin-clad goddess Venus (Sirene Saba) – perched on a giant scallop shell, and surrounded by gyrating dancers in gas-masks and skimpy dungarees – comically addresses the tribulations of being a beautiful woman.

Botticelli in the Fire is a vivid, entertaining exploration of how messy things can become when excess and inequality trigger populist backlash. If you’re sitting in the front row, wear a waterproof poncho.