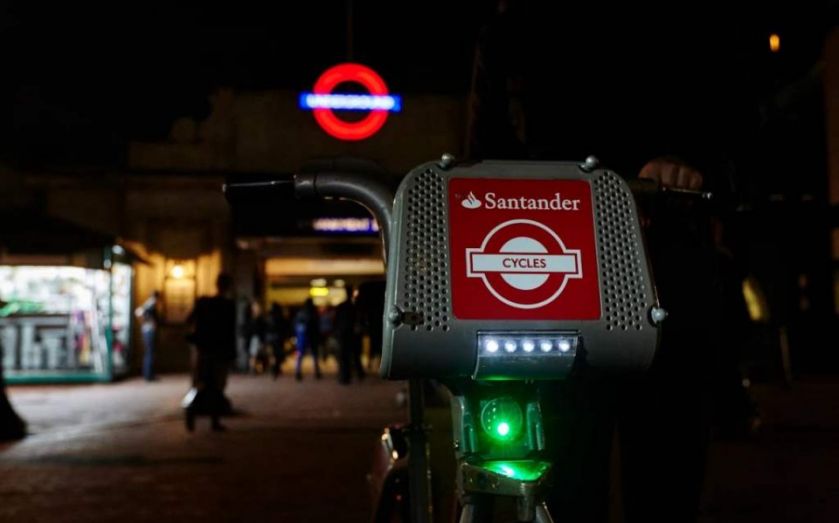 Transport for London is trialling a new safety feature on Boris Bikes in a bid to reduce the number of accidents with cyclists in London.

Blaze lights will project a laser image of a bike onto the road in front of the bike to alert pedestrians and drivers to the oncoming cyclist. The feature is designed to avoid collisions at night, or when a rider is caught in a driver's blind spot.

Today 250 Boris bikes around the city will have the safety light built into their frame. The trail, testing the technology, its effectiveness and peoples’ opinions, will last around 10 weeks.

The co-founder and chief operating officer of Blaze, the startup which developed the feature, Phil Ellis, said: “Cycling is growing in London with over half a million journeys made by bike every day. However personal safety is still the biggest barrier to participation.

"This trial with Santander Cycles and TfL is a big step in the evolution of cycling safety in London and an important step for Blaze.”

TfL's general manager of Santander Cycles James Mead said: “As part of our wider work to make London's roads safer for cyclists, we have worked closely with Santander to undertake a small trial of Blaze Lazerlights, which alert drivers to an approaching cyclist in the blind spot at night time. We hope to make a further update later this year.”

This follows a number of fatal collisions on London's roads. Eight cyclists have been killed so far this year.