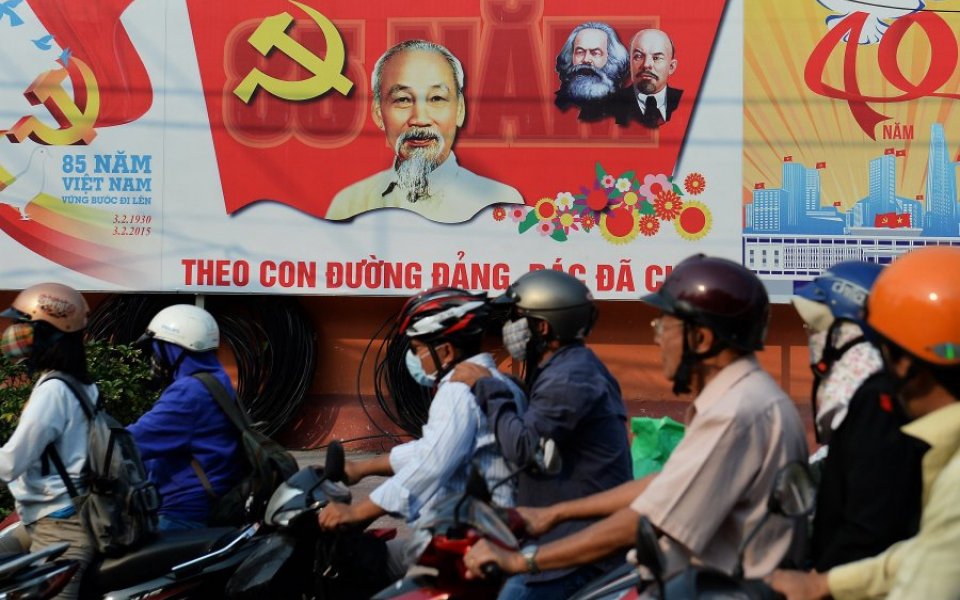 When most westerners think about Vietnam, they tend to think of war movies, chronicling the country’s relatively recent anti-colonial struggles against first the French and then the US. But such a view has outlived its shelf life, for Vietnam is now a country worth betting on.

The Vietnamese Communist Party, much like its Beijing counterpart, has built its continuing political legitimacy on delivering robust economic growth – and it has been strikingly welcoming of foreign investors. Vietnam remains one of southeast Asia’s fastest-growing economies, and has transformed itself into a major manufacturing hub. Almost wholly unnoticed, for example, it has become the second largest supplier of clothes to the US.

Its GDP grew by an impressive annualised rate of 6.8 per cent in the third quarter of this year, with yearly growth in 2015 highly likely to top 6 per cent overall. Increased Foreign Direct Investment (FDI) has accelerated economic growth, with new FDI amounting to $15.6bn in 2014. Given its continued economic buoyancy, the ruling Communist Party has ambitiously set the target of Vietnam becoming a developed market economy by 2020.

After 20 years of reform – with annual growth averaging a very healthy 6.4 per cent over the past decade – Vietnam is an unquestioned developmental and economic success story. Staggeringly, the percentage of people living in poverty in the country has fallen from almost 60 per cent in the 1990s to less than 3 per cent today. Inflation has also been tamed, falling from a galloping 23 per cent in August 2011 to only 4.1 per cent for 2014.

But possible political storm clouds loom on the horizon in terms of increased political risk. The Vietnamese political status quo – epitomised by Truong Tan Sang, the country’s President, and Nguyen Phu Trong, the Communist Party Secretary General – is generally pro-China, pushing an accommodationist line with its great power next-door neighbour, despite the fact that Vietnam has a long history of enmity with Beijing. However, as tensions with Beijing have grown over China’s aggressive stance in the South China Sea, traditional anti-Chinese Vietnamese nationalism has been stoked. In May 2014, as many as 20,000 Vietnamese workers protested by setting fire to 15 factories in Ho Chi Minh City, the country’s business hub; Chinese companies were the general target.

Portions of the Vietnamese Communist Party worry that anti-Chinese sentiment, and the view that Vietnam is weak and unable to stand up to its northern neighbour, could unite anti-party groups already critical of the government due to corruption, high-handed land-grabs, and restrictions on free speech. In this case, the fear is that foreign instability could somehow trigger long festering internal resentments, leading to some sort of domestic crisis.

Meanwhile, American relations with Vietnam continue to warm, largely as a diplomatic response to China throwing its weight around the South China Sea. In October 2014, US secretary of state John Kerry (himself a veteran of the Vietnam War) announced a partial lifting of the long-standing American ban on weapons sales to Vietnam. This will allow the country to buy armed patrol boats, American spy planes, and spare parts for ageing helicopters, all of which will substantially improve Vietnam’s surveillance at sea.

The most important expression of Vietnam’s somewhat surprising new tilt toward America is the just concluded Trans-Pacific Partnership (TPP) deal, a mammoth free trade accord uniting countries around the Pacific Rim – and pointedly excluding China. The Peterson Institute for International Economics in Washington estimates that TPP will boost the world’s economy by a significant $223bn by 2025. Crucially, the study suggests that Vietnam will benefit more than almost any other signatory, with its GDP increasing by an extra 10 per cent over this period of time due to TPP. The trade deal looks set to provide a further significant boost to an already thriving economic scene.

Don’t look now, but booming Vietnam’s image is about a generation out of date.