Bolt from the blue: Grid blames lightning strike for power cut which switched out the lights in 1m homes 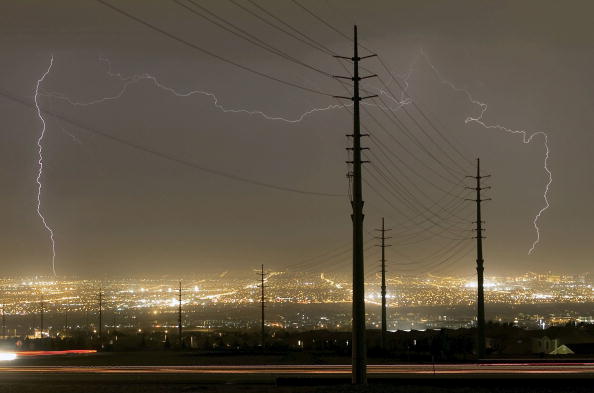 National Grid today said a bolt of lightning was to blame for a power outage which left over a million homes without power and knocked out trains, a hospital and an airport.

The listed grid operator said that a bolt strike on a power line in Cambridgeshire tripped two generating plants.

The strike hit at 4.52pm on Friday 9 August, but protection systems soon got it back running, National Grid said in a report to regulator Ofgem, published today.

However, just after the strike, and within seconds of each other, the Hornsea offshore wind farm and the Little Barford gas power station both reduced the power they were supplying to the grid.

This caused nearly 1,400 megawatts (MW) of power to go offline, more than the 1,000 MW of backup the grid operator is forced to carry.

“All the ‘backup power’ and tools the ESO [Electricity System Operator] normally uses and had available to manage the frequency were used,” the report said.

“However, the scale of generation loss meant that the frequency fell to a level (48.8 hertz) where secondary backup systems were required to disconnect some demand.”

Local distributors then pulled the plug on around five per cent of supply across the UK, causing the lights to go out in 1.1m homes.

However, questions have been raised why these Distribution Network Operators (DNOs) cut power to trains at around 5pm, when commuters were trying to get home for the weekend.

Read more: What was behind Friday’s National Grid outage? Network theory, not conspiracy

Ofgem today launched its investigation into the issue.