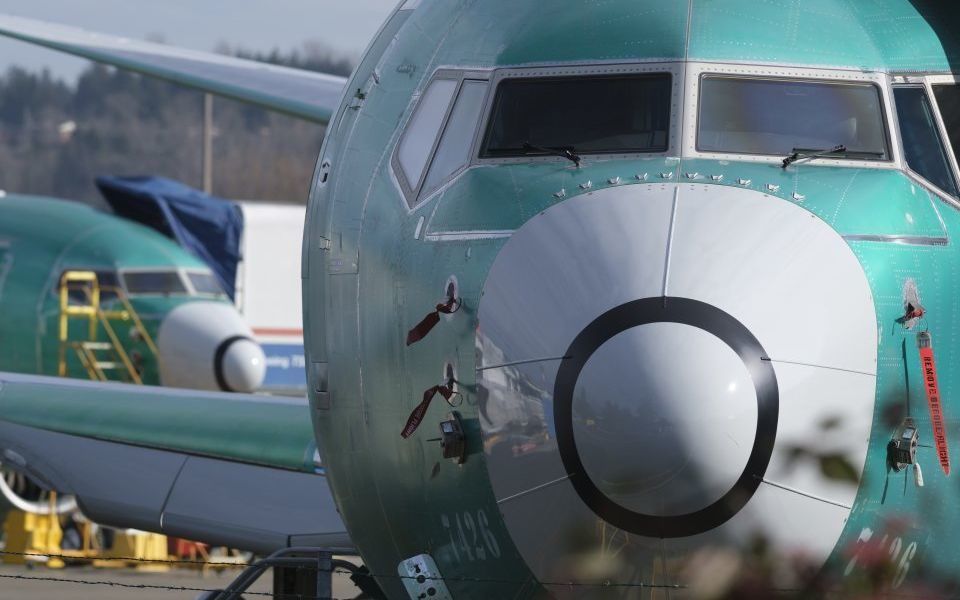 Boeing will set aside $4.9bn (£3.9bn) to compensate airlines for the disruption caused by the worldwide grounding of its 737 Max jet.

The world’s biggest plane maker said this evening the after tax charge would slash its pre-tax profits by $5.6bn in the second quarter, when results are announced next week.

It said it assumes regulators will allow the Max to return to service in the final three months of 2019.

“This assumption reflects the company’s best estimate at this time, but actual timing of return to service could differ from this estimate,” it said.

The model was grounded in March after the second of two deadly crashes which killed 346 people overall.

“This is a defining moment for Boeing. Nothing is more important to us than the safety of the flight crews and passengers who fly on our airplanes.

Several airlines have said they have been forced to cut down capacity in the coming months because of the grounding. These include Ryanair, American Airlines and United Airlines.

Boeing said it expects more charges to come in over the coming years, but these would come in the form of discounts on aircraft orders.

It added it had raised estimated costs to produce the plane by $1.7bn over the second period. This was mainly because the reduced production rate over previous months had pushed up prices.

Boeing chief financial officer Greg Smith added: “We are taking appropriate steps to manage our liquidity and increase our balance sheet flexibility the best way possible as we are working through these challenges.

“Our multiyear efforts on disciplined cash management and maintaining a strong balance sheet, in addition to our strong and broad portfolio offerings, are helping us navigate the current environment.”