Blockchain and the unchanging face of motorsport 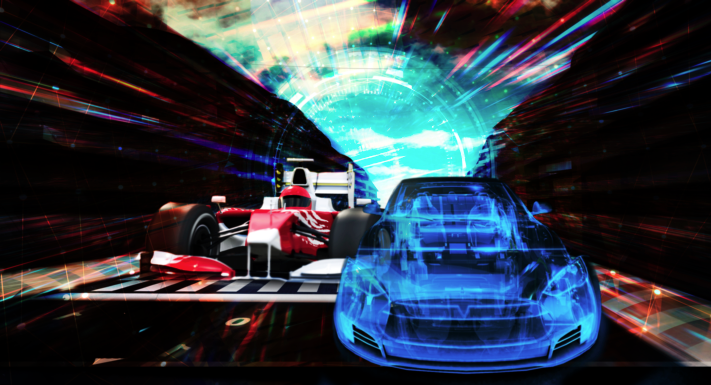 SINCE its first competitive race in the early 19th century, motorsport has become one of the most popular sports in the world; attracting millions of fans from more than 194 countries all looking to benefit from the exhilarating, emotional experience of the track. However, despite its popularity and the advancement of different technologies impacting various sports, motor racing has essentially remained unchanged in the way it is experienced and commercialized.

Whilst the majority of sports have embraced various technologies that make competing fairer and more accurate – such as video assistant referee (VAR) and Hawk-Eye technology – more are now looking at ways they can utilize technology to transform the way fans engage and interact with the activity.

Past times such as football, basketball and even F1 have benefited from a technological facelift in the form of e-sports; changing the way fans interact with the sport and allowing them to experience the adrenaline of competition. What’s more, rather than the technology being shunned or remaining disconnected from traditional governing bodies that oversee the sport, the Premier League has embraced this change with the upcoming launch of its ePremier League in January 2019.

In addition, technologies such as augmented reality (AR) and virtual reality (VR) have been revolutionizing the way audiences view and engage with sports. Allowing fans fully-immersive experiences, these technologies have already established themselves over the past few years.

Yet, in terms of a technological revolution, it seems motor racing is still lagging behind with an apparent lack of a unified platform for the racing community allowing fans to connect. This, combined with often expensive technology that smaller teams aren’t able to afford and limited exposure for those teams, has left a glaring disconnect in the modern motorsport industry that is becoming increasingly isolated to the general community. However, there is an opportunity for blockchain technology to transform the industry and address some of the industry’s pain points.

What was once a buzzword, blockchain has established itself as a game changer for a number of industries including finance, supply chain and healthcare. Therefore, could it be the technological revolution the motor racing industry has been in need of?

Blockchain technology heavily revolves around data; specifically how that data is stored, shared and secured using the latest cryptography technologies. So once the information is written it’s virtually impossible to alter it. It is what can be done with this that could bring forward a new era of motor racing.

Firstly, using the blockchain presents an opportunity to build a global community of hobby racers and fans that doesn’t currently exist within the sector. Similar to the Premier League app that connects football fans and enables them to create their own fantasy league to compete against their friends, motor racing has the opportunity to connect the global racing community using blockchain technology.

It’s no secret that motor racing is not an inexpensive hobby. Not only can it be costly for fans to attend races, but also for hobby racers, who are often burdened with the expense of licenses, event entries and vehicle maintenance. Therefore, the blockchain could be used as a way to provide multiple pathways to generate financial support. Blockchain technology is still heavily associated with finance and can be used as a way to source funding or even corporate sponsorships.

In addition, motor racing is bound by geographical restrictions, unlike many other sports. For example, there are over 130 football stadiums in the UK alone. If we compare this to the number of racetracks, which is around 70, not all of which can accommodate all forms of motor racing, the restrictions for fans and hobby drivers become apparent.

Currently, if drivers wish to race each other, they need to be in the same location at the same time. However, by combining motorsport with blockchain technology, the industry has the opportunity to deliver 'phantom racing' whereby two or more drivers can race each other regardless of location or time zone. By installing sensors on racetracks and in cars, data can be collected as racers drive around the track analyzing various aspects including time, track conditions and weather. Once this data has been collected it can then compared to a driver in another location to race against the set time using similar parameters.

The global motor racing market is currently worth $5B+ with a compound annual growth rate (CAGR) of 8% for the next 3 years. However, for an industry that carries so much monetary worth, as a whole it is struggling to keep up with those that have so readily embraced new technologies to provide fans with new ways to interact and experience their favorite past times. Blockchain technology could be the way to deliver a whole new experience for racing enthusiasts and drivers.

By failing to embrace new technologies, motor racing could also be unwittingly closing the door to additional commercial opportunities and, with more racetracks being abandoned, it’s not in a position to turn its back on these opportunities.