Bitcoin Halving Set to Change Everything. Or Not. 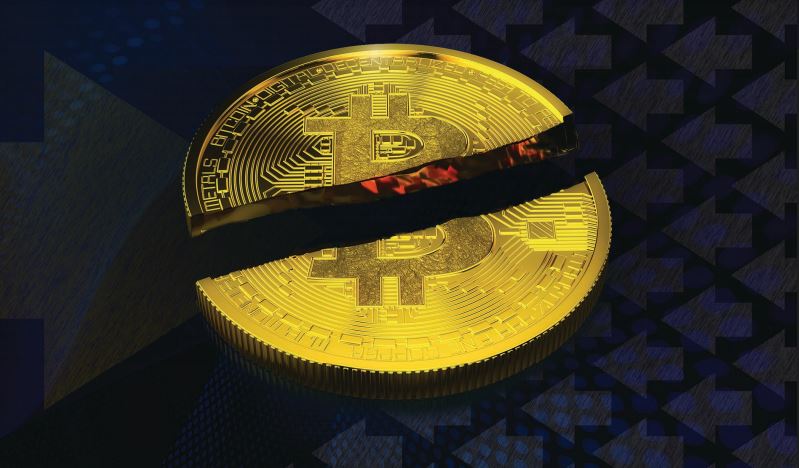 In the next few days, somewhere around May 12th, the question of what will happen after Bitcoin’s third halving will finally be answered.

In recent months, and especially in recent weeks, the debate has raged openly within the crypto community and even beyond, in wider financial circles. Will the 50% drop in annual Bitcoin inflation help drive the price and the adoption of the ‘orange coin’, reduce it, or have no impact at all? There are compelling arguments for each scenario, and, as the moment approaches, the voices from each camp are reaching a crescendo.

The reason it is so difficult to assess what will happen next is that, first, there are only two precedents in Bitcoin’s entire eleven year history — hardly enough data points to be able to create a likely outcome that has any real credibility — and, second, Bitcoin’s awareness, use and adoption levels are far higher than then they were even for the most recent halving event in 2016. How does that fact alone change things?

The ‘downside’ crowd will argue that Bitcoin’s halving could actually have an adverse effect. After all, once the protocol kicks in and miners find themselves with half the reward for doing much the same work with the same costs, a lot of their equipment will simply not be profitable to run.

Older generation machines, especially Bitmain’s ubiquitous S9, will almost certainly be switched off for good and may well produce an immediate decrease in hashrate post event. However, this will lessen the impact for the more efficient machines that remain, such as the newer S17s already in place and the very latest S19s due for imminent release. The never ending cycle of hashrate and difficulty adjustment rolls on, exactly as it was programmed to.

Interestingly, the drop in hashrate is almost certain and, in fact, has happened at every halving prior to this, most recently with Bitcoin Cash halving a few weeks ago.

But if this is true, then it must logically be the case that miners are aware of this and have accounted for it in their calculations which means, in turn, that any price action will already be factored in.

That’s the trouble with generalisations, it’s very hard to find one that will always apply. In my own mining operations, for example, my rate of sale is linked more to sentiment than to economic need. Am I really that unique in thinking that way? It seems unlikely.

Further, those who think that the Bitcoin network itself will be vulnerable to a 51% attack by a hostile player during this time are likely to be disappointed. The fact is that the finance needed, the sheer will to do it and the level of coordination required to fit this narrow window will render the task as next to impossible as it can be. No, the Bitcoin network will emerge unscathed and entirely intact.

Perhaps the most vocal group concerning the halving is, as always, the Bitcoin bulls. As they point out, and they do so quite correctly, there are known certainties for what is about to happen.

When the software executes its programmed action at block height 630,000, the inflation rate of Bitcoin will fall from 3.65% pa to 1.8% pa, in stark contrast to the annual global inflation rate in 2019 of 3.41% and an estimated 3.56% so far this year (Source: Statista.com). It also means that Bitcoin’s annual increase in supply will be lower than gold’s, which sits typically at around 2.5% pa, for the first time in its life.

Not only does this make Bitcoin even more appealing to those looking for an easily accessible store-of-value vehicle from a deflationary point of view, it also has a direct effect on the supply and demand equation that, on paper, makes perfect sense.

Put simply, for the price to stay the same, the demand would have to drop to match supply and, since this is unlikely, the conclusion must be that price is more likely to increase even if the demand only remains constant. We also know the exact numbers concerned in terms of supply; each day, 1,800 new Bitcoin are minted and enter circulation, but after halving this will fall to only 900. Economic theory tells us that people will have to pay more if they wish to acquire the same amount of Bitcoin.

It’s a strong argument which also carries a precedent similar to the hashrate example. In both Bitcoin’s previous halvings, the event has historically signalled the start of a bull market, although in both cases it took approximately twelve to eighteen months to reach fresh all-time highs. Could it really be as simple as seeing a repeat of the same process?

In more ‘normal’ times there would perhaps be a compelling case to state this as the most likely outcome on the balance of probabilities and leave it at that.

But these are not normal times.

The Bitcoin halving is about to take place in one of the most uncertain and unstable financial landscapes in human history, and although the word ‘unprecedented’ has been overused of late, it nevertheless remains the most appropriate one to turn to once again.

Analysts, myself included, have struggled to make sense of new data, trying to extrapolate likely outcomes and decipher newly formed macro-economic behaviour using variables that are changing in real time even as we examine them. The conclusion must be that the only certainty right now is uncertainty itself.

And if that is the case, does Bitcoin’s relative certainty of supply, network stability and ease of access to everyone give it a uniquely appealing position in the global financial markets?

This analyst, for one, believes so.

Jason Deane in conversation with James Bowater. Jason is an analyst at Quantum Economics. He is also a Cryptocurrency Evangelist, Market Analyst, Author, Public Speaker.