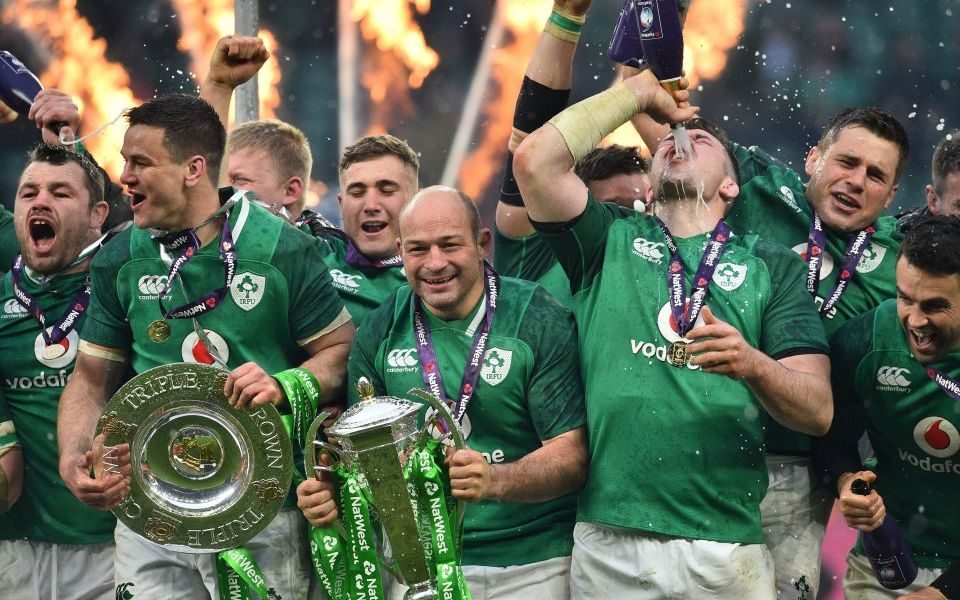 January is typically the time to look forward, to forecast and predict what will happen in the coming year. To understand the state of the UK sponsorship industry, however, it’s more worthwhile to look at what happened in the months leading up to Christmas.

Rewind to the week after Black Friday in December and big sponsorship news landed from the brewers of the black stuff. Guinness secured an early Christmas bargain when it announced it had agreed to sponsor the Six Nations Championship for six seasons from 2019.

Headlines centred around the cut-price nature of the deal, although it is reported that the figure will rise to around £12m per season in 2024. The fact that this deal is way short of the reported £100m that the committee expected to generate prompted suggestions that the market is soft in general.

So, as we enter a year of potentially huge political and economic turmoil, were the challenges faced by the Six Nations a symptom of a wider malaise in the sector?

In short, the answer is no and you don’t have to look very far for significant deals that provide evidence that the UK sponsorship industry continues to thrive and offer brands the opportunity to engage with customers through sport.

There are obvious headwinds to negotiate over the coming months but the list of major brands entering or returning to sponsorship as a key marketing platform in the UK is impressive.

Coca-Cola, one of the biggest sport sponsors worldwide, is poised to launch its sponsorship of the Premier League, completing a line-up of top-tier partners for the competition that includes Cadburys, Carling, Nike and Barclays.

Announced in September, this represents Coke’s first major UK-focused sports sponsorship since its naming rights contract with the Football League ended in 2010. The new deal, which will run until 2023, will be the first sponsorship that Coca-Cola Great Britain will activate across the multiple brands within its portfolio, including low and no-sugar options.

The alcohol industry’s love affair with sport endures with Heineken mirroring its increased investment in global sport including Formula One, Formula E, the Champions League and the Rugby World Cup with a return to club rugby. It has taken title sponsorship of the European Champions Cup, a revamped version of the tournament known as the Heineken Cup until 2014 and northern hemisphere club rugby’s premier knock-out competition.

Meanwhile, British Airways has assumed the role of principal partner to Twickenham Stadium and official airline partner to England Rugby in their first major foray into sport since the London 2012 Olympics and Paralympics.

Big brands doing big deals is the best gauge of the relative buoyancy of the market, but it is worth expanding on those headwinds that might begin to buffet the industry in 2019.

First, and most obviously, there is Brexit. If and when it happens and whatever form it takes, the UK’s decision to leave the European Union will have an impact on the sponsorship industry as a consequence of its effect on the businesses of sponsors themselves. This was, without doubt, a factor in the Six Nations committee’s struggle to sell rights to a property that has a unique geographical spread, and will this year take place in the lead up to what is scheduled to be Brexit day itself.

Second, there is the widely predicted but not yet realised decline of traditional TV as the major channel through which sport is consumed, and the primary driver of the value of sports sponsorship properties. Ultimately, however, the audiences are clearly still there with the onus now firmly on rights holders to offer more flexible ways for audiences to experience sport and for sponsors to reach them.

Finally, there are significant moves afoot to reduce the reach and influence of gaming advertising and sponsorship on sport. The lead-up to Christmas saw the Industry Group for Responsible Gambling announce a whistle-to-whistle ban on gaming advertising before the watershed.

That said, with Sky Bet extending its sponsorship of the Football League until 2024 and nearly half of Premier League teams now sponsored by gaming companies, there is an awful long way to go before gaming is outlawed in the same way that tobacco sponsorship was in 2005.

Whatever the short-term impact of various economic or regulatory challenges, the Sky Bet and Guinness Six Nations deals underline the fact that sponsorship remains an attractive long-term investment because of the marketing platform it offers for brands seeking to build long-term relationships with customers.

There’s arguably no better example of this long-term approach than NatWest, whose near 40-year support for cricket in England and Wales will enjoy its most conspicuous moment in the sun this summer when the Cricket World Cup is followed by Ashes series for both England’s men’s and women’s teams. Other commercial interests will no doubt take full advantage of cricket’s clear run at a summer bereft of any Olympic or major international football tournament action.

Beyond this, there are new commercial opportunities on the horizon including the continued promise offered by eSports, albeit that its potential as a sponsorship vehicle has taken a knock by the announcement in December that any discussion about its inclusion as a medal event on the Olympic program is premature.

This year also offers substantial opportunities for brands to increase their involvement in women’s sport. The Netball World Cup comes to Liverpool in July with a promise to build on the success of the Vitality Super League. The insurance brand renewed its investment in the sport as recently as October and England will take to the court as the Vitality Roses as a result of that deal.

Football’s Women’s World Cup also takes place next summer with England facing group stage games against Scotland, Argentina and Japan. The FA’s commercial department will hope that the women can advance a stage beyond their male counterparts in Russia last year and trigger the win-bonus clauses of sponsor contracts with partners including SSE, Nike and Continental.

Added to this, the march of US sport continues apace with rumours abounding that the decade-long presence of NFL regular season games in London might be about to supercharged by the arrival of the Oakland Raiders for the duration of the 2019-20 season.

Where the NFL and NBA have succeeded, Major League Baseball will finally cross the pond in earnest in June when the London Stadium will host a sell-out two-game series between the Boston Red Sox and New York Yankees, two of the most famous sporting brands in the world and the biggest and oldest rivalry in US sport.

With new sporting properties drawing the crowds and more established ones continuing to attract substantial investment, it is safe to say that the UK sport sponsorship market is in rude health. As Major League Baseball and any other rights holder knows, it’s just a case of getting the pitch right.