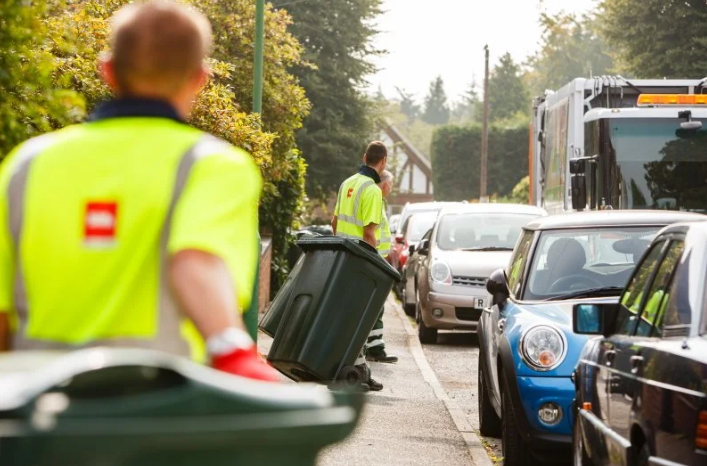 Read more: Biffa shares jump as it remains on track for full-year growth

The UK firm’s results for thr 12 months to the end of March, released today, put the fall down to onerous contracts, debt payments and regulatory costs.

It also said it would reorganise itself into two divisions – collections, and resources and energy – to better reflect the changing waste market.

The waste management firm’s statutory revenue rose to £1.09bn the year to 29 March year on year from £1.08bn.

Total earnings per share fell to 7.2p from 12.4p in the prior year.

The total dividend per share rose to 7.2p from 6.7p a year previously.

Biffa has fulfilled the promise it made in March to increase underlying revenue growth, although its profit was heavily dented this year by exceptional charges.

The High Wycombe-headquartered firm made seven acquisitions in the year.

Biffa had a challenging year in its key municipal market, with underlying operating profit more than halving from £11.2m in the year ended March 2018 to £4.7m this year.

It put the weak municipal performance down to fuel and wage cost pressures and under-performing contracts.

Biffa’s share price climbed two per cent before falling back to stand half a per cent higher at 229p.

He said Biffa had “successfully weathered the headwinds associated with the Chinese import restrictions on commodities and the recent market impacts in our municipal division”.

“We are proud of our leading plastics recycling capabilities and are excited at the role we are playing in this area.” For example, he said, “85 per cent of milk bottles in the UK now contain Biffa recycled material.”

“Our strategic priorities are clear – growing our industrial and commercial collections business and investing in recycling and energy from waste assets,” he said.