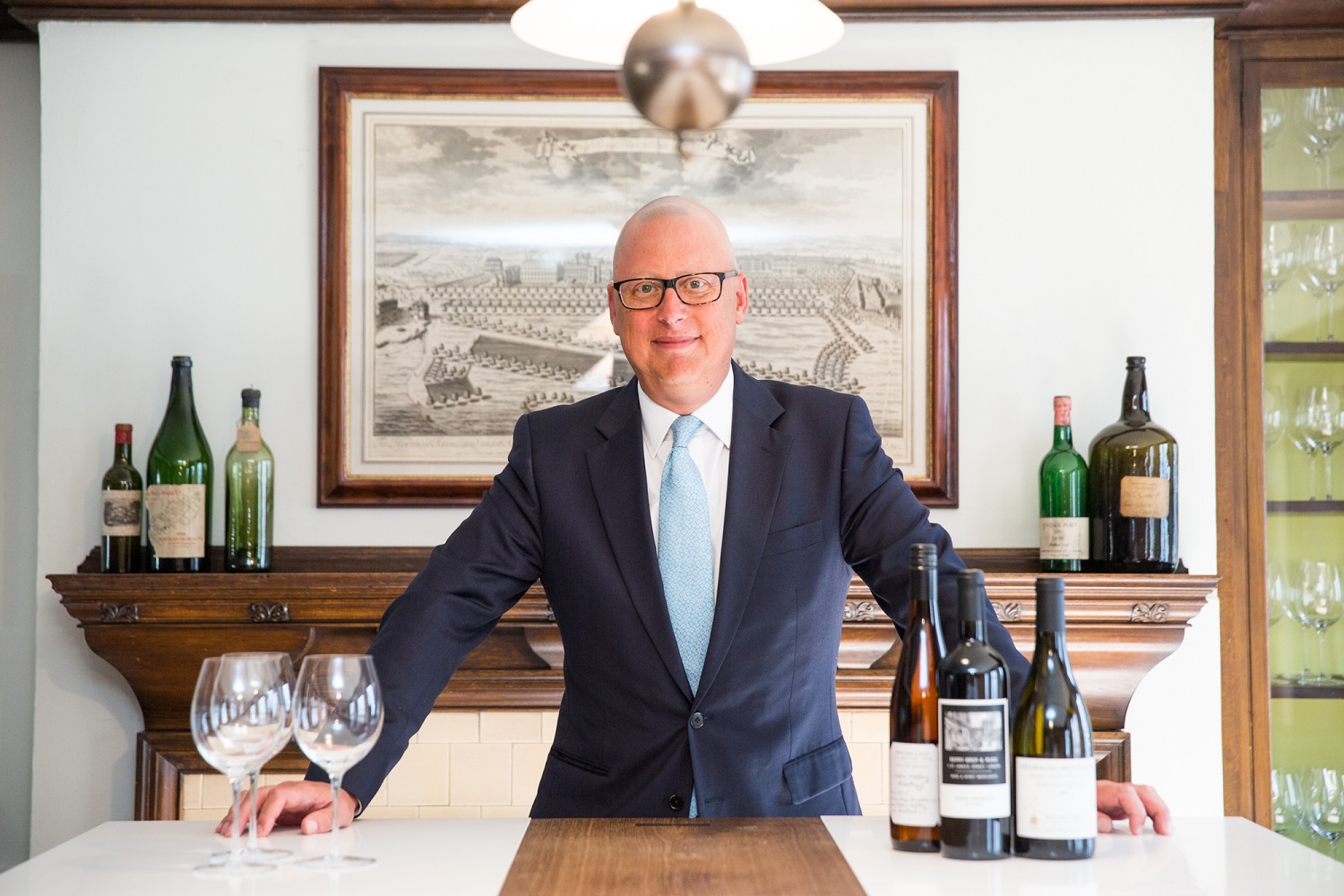 The flagship shop of Berry Brothers & Rudd has remained unchanged for over 300 years.

Famous customers, from Byron to Churchill, have stepped through the doorway and left St James’s Street behind for a wood-panelled room replete with bottles of top-notch plonk. In the back room, one of the walls has been repurposed after previously serving as the edge of Henry VIII’s real tennis court.

But according to the wine merchant’s chief executive, Dan Jago, not everything stays the same. His appointment in 2015 is evidence of this in itself. Hot off a tenure as head of wine at Tesco, Jago was the first non-family member to lead the business. It is his job, alongside chair Izzy Rudd, to protect the heritage of the family business while pushing it slowly into the 21st century.

Jago seems very at home in the surroundings of the centuries-old shop. He suits the age-old role of wine merchant well. But he is determined not to rest on his laurels, a mindset that has perhaps followed him from Tesco.

Read more: The CMA has officially launched a probe into the Sainsbury's Asda merger

“When you had one in every four bottles of wine in the UK being bought at Tesco it was an enormous scope,” he says. “So if we said we particularly like pinot grigio, guess what – it’s going to be popular quite soon.”

Berry Bros may not quite have the same scale, but it does have its own kind of influence. Over half of the business is selling to private customers. These are people who like good wine and want the best. With five masters of wine at their disposal and a former chairman who is also clerk of the Queen’s cellar, it’s not hard to see why Berry Bros is their drinks adviser of choice. But it is not just the seasoned enthusiasts who are turning to trusted merchants. In fact, part of the reason Jago sees the need for the business to keep step with the times is the rapidly changing way consumers – especially young people – drink.

“I think that millennials are more interested in the experiences that come with wine,” he says. “They don’t want to drink alcohol just for the sake of it being alcohol. They want to be interested in it. They potentially want to go and visit the vineyard or distillery. We’re seeing a real transition to people saying: ‘I’d rather have one really interesting thing than 10 of the same just for the sake of it’.”

That trend towards consuming less alcohol but buying at a higher quality presents the company with an opportunity as young wine-lovers begin to explore beyond £10 a bottle. And Jago is ready for them. He has made sure the company invests in “systems, processes and people”. Everything from IT capabilities to home delivery is under his watchful eye. Convenience is now the name of the game.

“While people might like to think they’ll enjoy coming in and having somebody with a scratchy quill pen write out their invoice then spend 20 minutes wrapping it up à la Rowan Atkinson in Love Actually, they don’t actually want that,” he explains. “They want to say ‘Yes, that’s fantastic, can it be delivered tomorrow at 9 o’clock?’.”

Read more: Two in five Londoners have seen a favourite restaurant shut down this year

Jago’s work is not confined to one business. As chairman of the Wine and Spirits Trade Association, he is helping an entire industry to prepare for the challenges of the future, with Brexit now looming large in everyone’s minds.

He does not hold back when it comes to this particular topic. “I’m extremely angry about the whole Brexit decision,” he says. But he is quickly able to fold away his personal political views in favour of the task at hand. “My job is not to spend my whole life saying it’s not fair. It’s happened, we are going to leave the EU. My job is to say: how can we make it as effective as possible?”

Though we are just months away from Britain’s exit, it is still unclear what the result will be and how it could affect the alcohol trade. The likes of Wetherspoon’s boss Tim Martin believe it could be an opportunity to make drinks cheaper, but others see no such silver lining, given the Treasury’s tendency to heavily tax the “sin” industries. Then there are concerns over the logistics of the border. What happens if someone in Dover has to count every single one of the 13m bottles of champagne which we import to the UK every year?

While Jago is concerned by all of these things, he is ultimately level-headed. I wonder if this is what working at a long-surviving business gives you: faith that it will all work out.

“We’re good at inventing stuff and we’re good at getting on with stuff,” says Jago of the British. “If something doesn’t exist, we’ll find a way to do it. We just do things because they’re the right thing to do.”