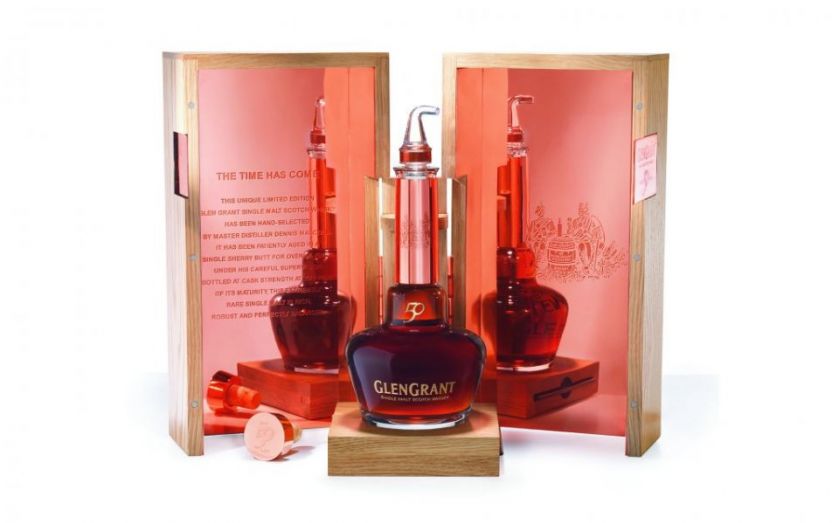 For the past half-century, Glen Grant 50 Year Old has been maturing into a single-malt of unrivalled richness and intensity

For Dennis Malcolm, master distiller at Scotland’s Glen Grant, patience isn’t just a virtue, it’s a way of life. “Only time measures our pursuit of perfection,” he says, “Maturation cannot be rushed.” Malcolm was just a young man when, on 28 October 1963, he hand-filled a special cask in Speyside, Scotland, barely aware that he would be bottling up one of the distillery’s finest ever vintages five decades later.
Last year, Glen Grant 50 Year old reached maturation, and now it’s being unleashed on the market – 150 bottles of the stuff – with an RRP of £3,500. That’s £70 pounds for every year it’s remained in the cask, slowly ripening into a strong and distinguished single malt. Almost as beautiful as the whisky itself is the decanter. Each one is hand-blown by the craftsmen at Glencairn Crystal, hand-numbered and finished with a “50” in 18-carat gold lettering.
Want to be certain you’re getting the real thing? Each Glen Grant 50 Year Old comes with a certificate of authenticity, signed by Malcolm and every craftsman involved. When it comes to drinking the whisky, try to take a leaf out of Malcolm’s book and take your time. This is one to be savoured.
The exclusive Glen Grant 50 Year Old is available from thewhiskyexchange.com. 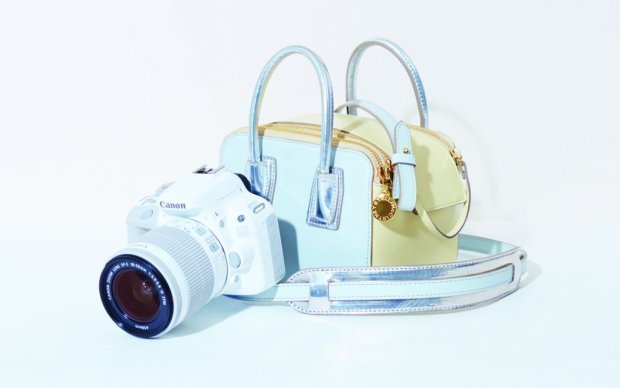 Stella McCartney’s Linda Bag is a picture perfect hybrid of fashion and photography.
These days, you’ve only been there and done it if you’ve also taken the picture. So why not combine portable technology with portable fashion in the Linda Bag, created by British designer and Beatles progeny Stella McCartney.
She’s teamed up with Canon to create this bright bag that’s custom-designed for the EOS 100D White, the smallest DSLR camera in the world. Restricted to 1,000 units, McCartney has named it after her mother, who would also have approved of the ethical craftsmanship. The versatile bag is made from an Eco Alter Nappa leather alternative, which uses a natural coating made from vegetable oil.
Available as a package with the Canon EOS 100D White from Selfridges and Harrods for £1,200

The famous jeweller’s new design director Francesca Amfitheatrof unveils her bold debut collection.
New Tiffany design director Francesca Amfitheatrof took inspiration from the brand’s spiritual home: NYC. The “Tiffany T” range uses graphic swoops and bold symmetry to create understated but beautiful pieces.
“I wanted to create a symbol for modern life and its relentless energy that flows through New York and drives art and culture around the world,” says Amfitheatrof. “This is just the beginning of what I hope to accomplish.” The new collection includes bracelets, rings, necklaces and earrings in variations on gold, rose gold, white gold and silver, some inset with diamonds.
Bracelets pictured above cost £810 for the silver, and £4,075 for the gold and rose gold, tiffany.com.