Barclays, Ruby Wax and mental health: How the banking giant is tackling stress in the City 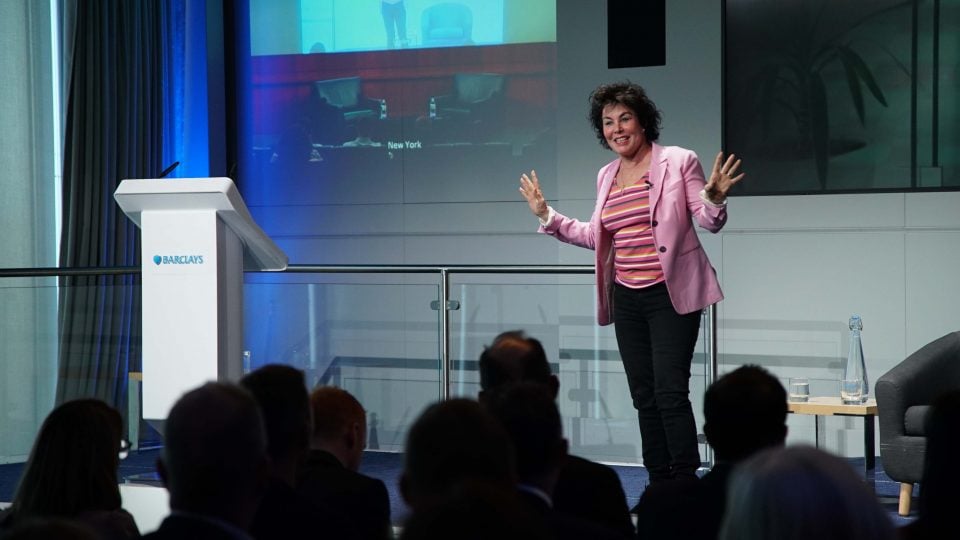 Square Mile careers are stereotypically fuelled by mantras such as "work-hard, play-hard", achieving "inbox zero", "surviving the rat race". All are excuses for raising your tolerance to stress.

As a result the career pathways of the City are often littered with burned-out workers.

Read more: Wellbeing should be top of the business agenda

Unsurprising, stress in the City is not great for employers either. However, the usual drive for efficiency and profit can send mixed messages to staff, leaving them unable to voice concerns over their own mental health.

As Mental Health Week gets into full swing, one City stalwart, Barclays, is trying to change that.

Barclays directors called on more law firms to adopt a mental health framework that aims to reduce unnecessary stress at work as the bank hosted signatories at an event with campaigner and comedian Ruby Wax.

The Mindful Business Charter sets out a framework to establish “openness and respect” within Barclays legal team and partner law firms as the “high pressure” corporate world faces what has been described as a mental health emergency.

“The contemporary illness is that we’re getting stressed about stress, and that’s a new one,” Wax said during a speech at Barclays’ Canary Wharf headquarters on Tuesday.

“Mental illness is different from mental health. We’re all stressed and stress is not good for your health. It doesn’t mean you’re a weakling, it just means this is the new environment so now we have to learn techniques,” Wax told City A.M.

Read more: Your commute shouldn’t be this stressful

“Business is really catching on because so many employees are missing. It doesn’t matter how the wake up call happens because they’re losing a lot of money, and there’s a lot of mental illness,” she added.

Firms that have signed up to the charter have agreed to commitments such as “being respectful of others’ time by planning meetings properly”, avoiding overusing emails and “negotiating rather than imposing a deadline”.

Barclays UK Legal managing directors Philip Aiken and David McCahon, who is also the wellbeing lead for the department, said acting on the issue will have benefits for the business.

The pair, who have led the initiative within Barclays, said that “putting the humanity back into how we operate with each other” is central to the charter.

“We also have the millennial generation starting to come though, and I don’t think that they are going to have the tolerance for careers that aren’t sustainable.

“We are always going to have to work long hours, but accepting that, how are we going to be more effective and operate with more respect?”

McCahon added that the charter has opened up a wider conversation about wellbeing in the workplace.

“[People] start to know how wellbeing is so important to how you operate in your work, and become more informed about what their non-negotiables might be,” he said.

Read more: Paul Whitehouse on comedy, fishing and why the BBC needs to take more risks

A further nine law firms signed up to the initiative, which was devised by Barclays with Pinsent Masons and Addleshaw Goddard, earlier this month.

Aiken said: “To my mind, the more law firms we attract to the initiative, the more effective it can be.”