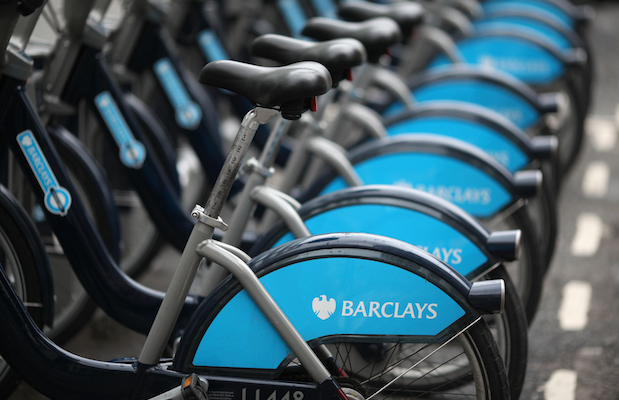 In the wake of the announcement that Barclays will not renew its sponsorship of the London bike hire scheme, here are four ways that Transport for London (TfL) could attract greater commercial investment.

1. TfL should be more active in seeking sponsorship

In a report for GLA Conservatives, Gareth Bacon suggested TfL should be more proactive in seeking sponsorship deals. So far TfL has been too complacent and has waited for companies to approach it with deals.

2. No shortage of sponsorship opportunities

TfL has a host of resources as its disposal to entice private companies to offer sponsorship deals.

According to polling conducted for GLA Conservatives some types of sponsorship are more acceptable to the public than others. Renaming of an existing underground station for 10 years was a more attractive than a short-term deal.

Changing station names for short periods is not likely to become ingrained in the minds of commuters and is therefore a less attractive advertising opportunity.

Naming rights for a new station are an attractive prospect for potential sponsors. There are a number of new stations currently being planned across London, including two new stations to service the Northern Line Extension27 and nine new Crossrail stations. Property 28, a company involved in the redevelopment of the Nine Elms area would be a strong candidate for the naming rights for either of the Northern Line extension stations.

The public have also expressed overwhelming support for sponsorship. In a poll of Londoners taken in May 2013, 74 per cent agreed that TfL “should expand their use of sponsorship across public transport in London and use the money generated to freeze or cut fares."

Speaking of the new landscape for sponsorship of the London bike hire scheme, Graeme Craig, director of commercial development for TfL said:

Cycle Hire will become part of a much wider and larger cycling sponsorship offer encompassing Cycle Hire and the major new commitments made in the Mayor's Cycling Vision – new flagship segregated routes through the heart of London, new Quietway backstreet routes, along with cycle training and potentially other forms of active travel.