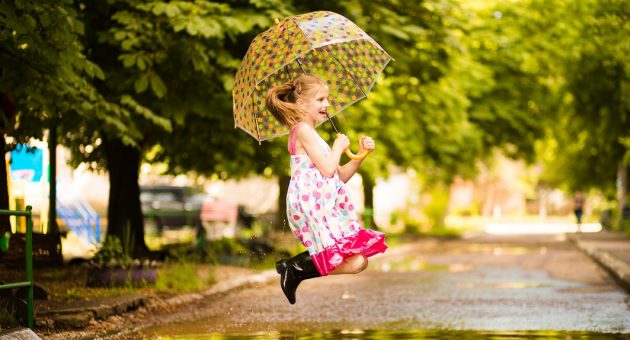 The competition watchdog has today handed fintech startups a bazooka for their mission of disrupting banks, with new rules for making data more open to improve customer choice.

The so-called big four – HSBC, Lloyds, Barclays and Royal Bank of Scotland – and other smaller high street banks will have to work together to create standards for sharing data, on everything from the pricing of products to individuals' transactions.

Startups hoping to disrupt financial services will soon be handed open, but secure, access to the information held by banks which would allow customers to compare prices on mortgages or give businesses the ability to share transaction data with their accountant online.

Read more: The payment buzzwords to expect in 2016

"APIs are the key to the digital services that are used on computers and smartphones. They enable users to share information, for example on location or preferences. They are the technological drivers behind digital applications like Facebook, Google Maps and Uber," said the Competition and Markets Authority in its landmark report on retail banking.

"In banking, APIs can be used to share, in a secure environment, information such as the location of bank branches, prices and terms of banking products. APIs may also be used, with the customer’s informed consent, to share securely their transaction history to enable access to tailored current account comparisons and other services."

The CMA has given them a deadline of 2018 to create what's known as an Open API. A new group led by an independent trustee will guide the project but it will be funded by the banks. Startups and challenger banks will also be consulted on the implementation of the plans which will cover small business banking as well as personal banking.

An earlier deadline of March 2017 – just seven months away – has been given to open up information on some of the least sensitive information – prices, terms and conditions, and branch locations.

The plan to create an Open API, already recommended by a Treasury working group earlier this year, has the potential to revolutionise retail banking.

"Of all the measures we have considered as part of this investigation, the timely development and implementation of an open API banking standard has the greatest potential to transform competition in retail banking markets," the CMA said.

"We believe that it will significantly increase competition between banks, by making it much easier for both personal customers and SMEs to compare what is offered by different banks and by paving the way to the development of new business models offering innovative services to customers."

It's understood that banks have been reluctant to embrace such change, however, taking on the burden of the costs of such a project which could ultimately leave them with fewer customers.

"Many of the timelines set will be challenging for banks, which are already having to cope with significant infrastructure change, tech developments, regulation and of course, Brexit," said KPMG's global co-head of fintech, Warren Mead.

Many banks will have started work on making their data open already, working toward the requirements of the PSDII European banking legislation which has a similar deadline. Any banks thinking they could put it on the back burner because of Brexit will now have to think again.

“Bank CTOs have enough on their plate with organisational changes (such as in RBS), new regulation and the need to improve customer experience. Their workload will be substantially increased by the CMA’s deadline of 2018 for the changes," added Tech MarketView research director Peter Roe.

Tandem bank boss and founder Ricky Knox told City A.M.: “Post-Brexit, [the CMA] could have jumped back, but it's an important commitment to open banking standards and very much the direction of government."

"It's an important opportunity to say UKs open for business and it's almost definitely  a statement of support for the fintech sector and innovation.

“There’s definitely some disappointment from banks [that they will have to comply],” added Knox, predicting that a large part of their focus in the next two years will likely be identifying how they can make it profitable.

Meanwhile, some fintech firms raised concerns that banks would be leading the project, with the boss of digital challenger bank Atom likening it to "trusting a pyromaniac with the security for a fireworks party."

Read more: Banks are about to become much more open with data

“To me, it’s nonsensical for these banks to be responsible for setting the future standards of the banking industry," said chief executive Mark Mullen, adding that it was disappointing that new banks had "little direct say in shaping the future".

“I do not take huge comfort from the lightweight promise that an independent trustee will ensure the interest of new banking entrants will be considered, and do not think that goes far enough to protect consumers," he said.

"There is still far too much power in the hands of those who have demonstrated little care for their customers and an insatiable lust for profit above providing the service their customers need, and the CMA needs to provide detail as to how the independent trustee will ensure the system is fair to all players.”

Bank's have responded with disappointment to the report, which they claim does not go far enough to tackle some of the issues in the industry – and which chairman of the Treasury Select Committee Andrew Tyrie said still denied "genuine choice" to millions of retail customers, and who would also be wary of data sharing.

However, for fintech startups it is largely a gift – and, they believe, for consumers too.

"This is market transformation stuff. Maybe not in two years, but in ten years we'll look back and say, bloody hell, that changed everything," said Knox.