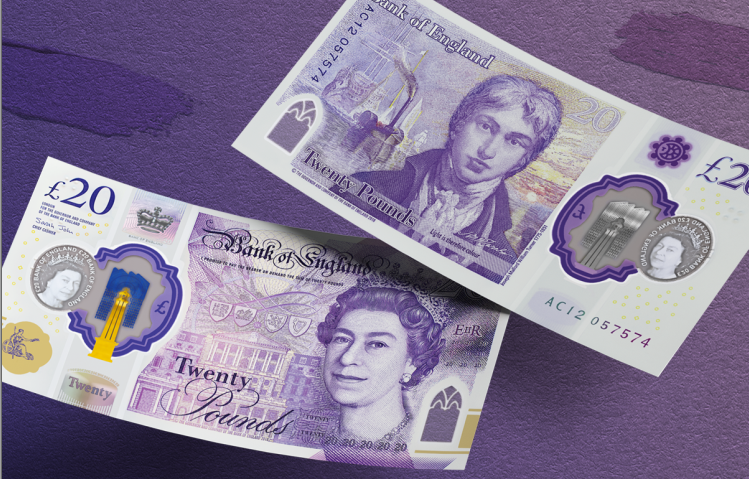 BoE governor Mark Carney announced that Turner would be replacing 18th Century economist Adam Smith as the face of the banknote at an event at the Turner Contemporary gallery in Margate.

The new note will be the first to incorporate two windows and a two-colour foil, which the BoE said would make it incredibly hard to counterfeit. The note will be issued for the first time on 20 February 2020.

“Our banknotes celebrate the UK’s heritage, salute its culture, and testify to the achievements of its most notable individuals,” he said.

Carney said the new note “celebrates Turner, his art and his legacy in all their radiant, colourful, evocative glory.”

Turner was chosen by the BoE from a shortlist of visual artists which included filmmaker Charlie Chaplin, sculptor Barbara Hepworth, and ceramicist Josiah Wedgewood.

The £20 note follows the BoE’s introduction of polymer £5 and £10 notes, which went into circulation in September 2016 and September 2017 respectively.

Polymer is replacing the traditional paper as the material used for banknotes because it lasts longer, is easier to clean, and harder to forge.

A polymer £50 note featuring Alan Turing will be launched in 2021.