April saw a rare fall in house prices, according to the latest data from Halifax.

They dropped by 0.2 per cent, a small monthly decline. But on an annual basis, UK house prices are now up by 8.5 per cent in the three months to April.

House prices are driven by supply and demand, and this annual rise is another sign that there's a lack of the former.

Rob Wood, chief UK economist at Berenberg, says that now is "past the time for action on housing", as "a supply shortage, low interest rates and government subsidies have propelled house price inflation up strongly."

As Halifax data now sees two consecutive monthly falls in UK house prices, after they were seen to have dropped by 1.1 in March, Wood suggests that Halifax's index may have some "wobbles". These may be explained by the recently introduced mortgage market review, which has seen mortgage approvals cut by 12 per cent since January.

Estate agents continue to expect rapid house price growth, and if the UK's central bank takes no action, then it would allow "another bubble to develop" in housing, says Wood. "A bubble may already be developing in London."

Berenberg now expects that the Bank of England will tighten affordability criteria next month, and curtail the Help to Buy scheme this September. These steps would allow the Bank to cool the sector down.

In the longer term, the housing sector's real problem will need to be addressed – a lack of new construction. Stephen Noakes, Halifax's mortgages director, says that "with supply of properties being slow to respond to market conditions, stronger demand in the past year has resulted in upward pressure on house prices."

Since 2008, the issuance of construction permits has dropped to a 50 year low – investors aren't being allowed to build the new properties they'd like. 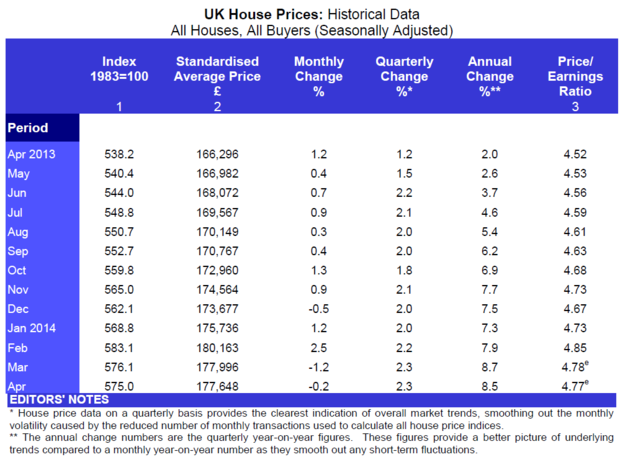