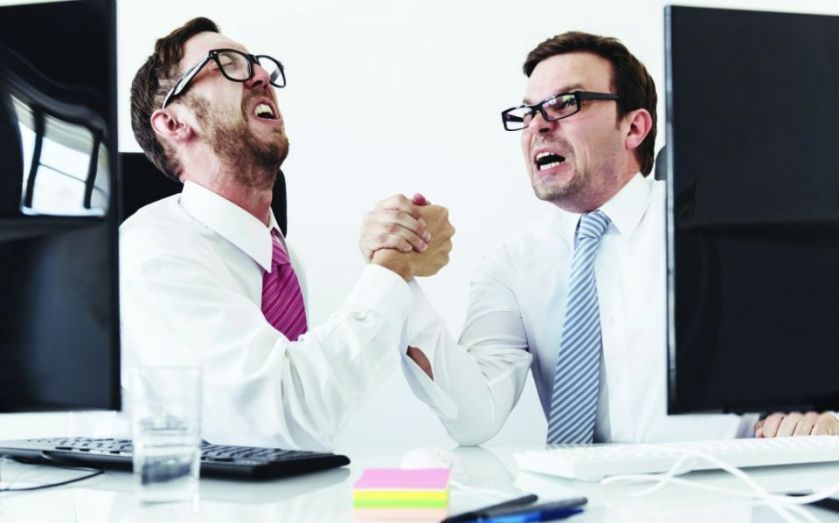 Consider an office policy, and don’t assume others’ points of view in the run-up to the election.

It's often said that you should never discuss religion or politics in public, but this may well prove hard over the coming months.
As the General Election campaign builds momentum, high profile individuals (and there are many in the City) won’t be able to contain their views on subjects ranging from tax avoidance to immigration. The more extreme the opinion, the more newsworthy it will be – and therefore all the more likely that people will hear about it.
Moreover, the emergence of fringe parties and the nature of topical issues such as immigration and Europe – many of which elicit more emotive and extreme views – may lead debates in offices across the capital to increase in intensity.
But there are some simple rules that employers and employees can live by in the coming weeks, which will mean that you avoid meltdown in meetings and clashes in the kitchen.
1 If you have an opinion, don’t assume that it is shared by everyone – or, for that matter, anyone. Politics isn’t quite the same as last night’s episode of EastEnders. Political views are often deep-rooted and instinctive, and may represent a long-standing belief or family tradition. If at all in doubt, keep it to yourself.
2 Senior employees who share their opinions with the media or even via social media could well be saying things which are incompatible with the views or aims of the organisation for which they work – or those of its customers or clients. The majority of businesses will want to stay neutral. Others may have a clear affiliation with a party.
If an employee’s views are incompatible with those of their employer, it may, in some circumstances, be appropriate to ask them to take particular care in separating themselves from the organisation.
3 It is therefore important that, as an employer, you make sure everybody is clear on where the limits are. If you don’t want your staff sharing their personal opinions with the press, tell them.
This is even more important when engaging with the media or speaking out on social media. If your company relies on political neutrality, make sure that all employees are aware of that – especially senior executives.
A gentle reminder will probably be enough, but having a practical, working policy that is linked to careful media and social media management is still essential for businesses.
4 Opinions aren’t sacrosanct. There is no legal protection for holding a political view, unless that view could be considered a genuine philosophical belief.
That said, in 2012, the European Court of Human Rights said that UK law must be changed to provide specific protection against dismissal on grounds of political opinion or affiliation. This has not been implemented, but several cases have – with varying levels of success and all dependent on their own merits – considered protection for holding certain political views. So watch this space.
If you want the election period to pass protest free, it is best to leave politics at home. Whatever happens on 7 May, work will go on. If we can keep it as comfortable as possible for everyone, that can only be a good thing. And if you feel the heat rising now, just wait until the possible referendum on Europe.
Kevin Poulter is a legal director at law firm Bircham Dyson Bell.

Venmo
Free
Exchanging money via an app may seem daunting, but Venmo gets consistently good reviews – and can make life a lot easier. It allows a user to keep a balance in a digital wallet, cashing it out free of charge at any time. By design, it also doubles as a social network. You can scroll through friends’ activity, while keeping an eye on your own personal finances.