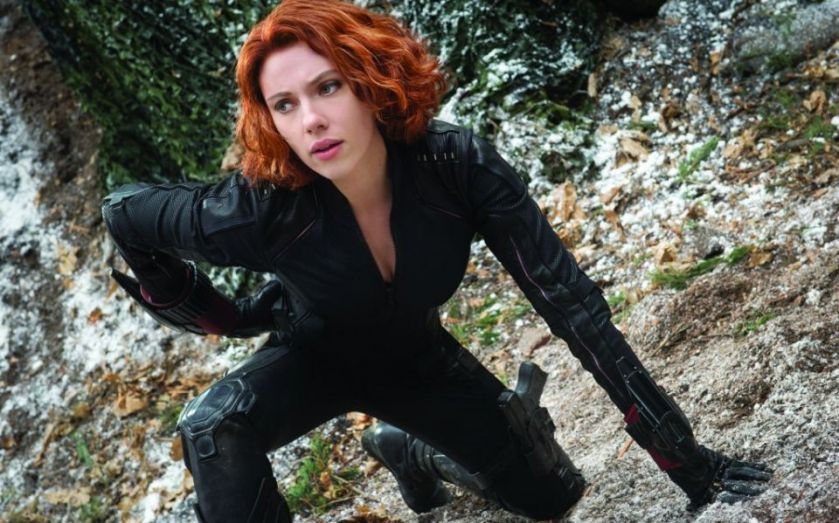 Cert 12a | ★★★★☆
Marvel has achieved a rather incredible thing with Avengers: Age of Ultron. It’s a bubbling cauldron of a film, filled with dozens of characters, layer upon layer of convoluted plotting, flash backs, flash forwards and dream sequences. It draws upon details introduced over no less than 10 previous movies – two Thors, two Captain Americas, a trilogy of Iron Men, an Incredible Hulk, a Guardians of the Galaxy and the previous Avengers movie, not to mention the Daredevil series now playing on Netflix –  merging elements of fantasy, high-concept science fiction and action-comedy. And yet it carries itself with a phlegmatic lightness, always composed, always confident its audience will be on the same page.
This time the Avengers face off against an evil robot alter-ego of their very own Tony Stark, accidentally unleashed when Robert Downey Jr’s wise-cracking industrialist attempts to create a Star Wars-esque global defence system using a sceptre captured from the villainous Loki. An alien intelligence in the sceptre somehow escapes into the internet, taking on a twisted version of Stark’s moral code, and deciding that the best – nay, only – route to “peace in our time” is to exterminate the entire human race.
Then there’s Quicksilver (“fast”) and Scarlet Witch (“weird”), a pair of superpowered emo twins (children of the notoriously evil mutant Magneto, not that Marvel is allowed to tell you that: rights to the “M” word are still held by Fox)  who, it turns out, also have it in for Stark. And so begins a royal rumble pitting the Avengers and their various hangers on against the army of robotic bodies amassed by Ultron.
The action sequences are predictably loud and squelchy, but it’s the dialogue that really shines – one innuendo-filled scene in which various male characters compete to see who can lift Thor’s hammer is particularly memorable. Meanwhile the obligatory love story – Johansson’s Black Widow goes all doe-eyed over Marc Ruffalo’s Bruce Banner – is surprisingly tender given the general tone of operatic mayhem.
The ingredients for another five-star movie are all present and correct, yet Age of Ultron is ultimately held back by a lack of real dramatic tension. In the last instalment (Avengers: Assemble, also directed by Joss Whedon), things really seemed to be at stake; Age of Ultron feels like just another day at the office.
That said, It’s still a huge amount of fun, not to mention a thoroughly accomplished piece of filmmaking, demonstrating just how far the superhero genre has come. The fact it doesn’t live up to the last Avengers film (or Guardians of the Galaxy) is testament to how high the bar has been set.
Long-term fans – and by this stage, if you’re still watching Marvel films you’re probably a long-term fan – will also appreciate the way Age of Ultron sews little seeds that will one day grow into major plot points in future movies. Producer Kevin Feige is said to have planned as far ahead as 2028; in the grand tapestry of the Marvel cinematic universe, Age of Ultron will be fondly, if not lovingly, remembered.