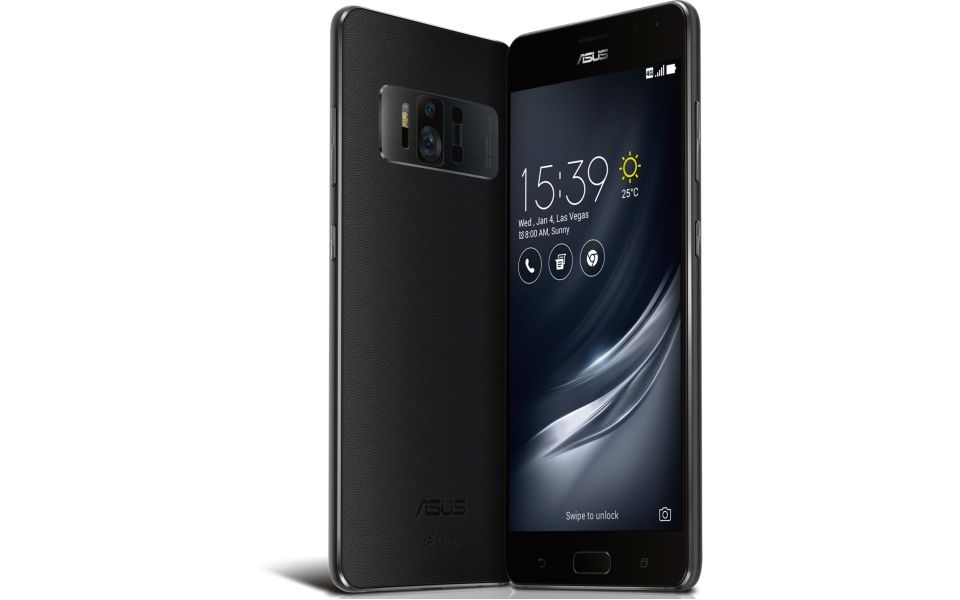 Whether or not you give two flying toots about virtual and augmented reality, the complex hardware needed to power the perpetually re-emerging technology has, over the last few years, fallen into alignment with that of high-end phones.

Neither Samsung’s Gear VR nor Google’s Daydream headsets come with their own displays built in. Instead they’re built around the assumption that you’ve already got the best possible screen in your pocket, and so only require that you slip a compatible phone into the visor.

In this manner, access to virtual worlds is no longer reserved for early adopters of expensive tech like the Oculus Rift; now anyone with a decent enough device and a relatively cheap piece of headgear can have a go. Google Cardboard – the most rudimentary of these DIY headsets, and essentially just a pair of plastic lenses in a box – costs just five quid.

The Asus Zenfone AR is the first phone certified for Google’s Tango and Daydream systems from launch. (Tango and Daydream, far from being fictional detectives, are Google’s augmented reality and virtual reality platforms, standards around which developers can create mobile apps). Slip the Zenfone AR into a Daydream headset and the phone’s 1440p OLED screen provides one of the crispest VR experiences you can get with the setup.

Augmented reality works differently, superimposing objects into the real world through the phone’s camera, Pokémon Go style. The Zenfone is particularly good at this thanks to the clutch of camera sensors on the phone’s rear. The first is a 23MP camera with optical image stabilisation for low-light conditions, a second is used to calculate depth and a third tracks motion – both crucial for believably anchoring virtual objects in real space as you move and jolt the camera around.

It’s some technological achievement, but at £799 its one few people will ever appreciate. The software has yet to catch up with the technology too, and as yet the range of games and apps still have a gimmicky whiff: you can fly around a virtual stock market board, climb inside a life-size BMW or pretend there’s a gaping hole in your kitchen floor. All impressive, but hardly the killer apps the platform needs.

More serious in-roads are being made into virtual reality outside of the mobile space, where the likes of PlayStation and HTC Vive have found a genuine use for the tech in gaming. But when it comes to mobile apps, you’ll still struggle to see the point in strapping goggles to your face.