Charlie Henneman
Charlie is the head of educational events and programs at CFA Institute. Previously held several positions in credit and structured finance such as director of structuring and operations at Indosuez Capital, managing director at advisory boutique AGS Financial and director in the new assets group on Standard & Poor's structured finance ratings team. 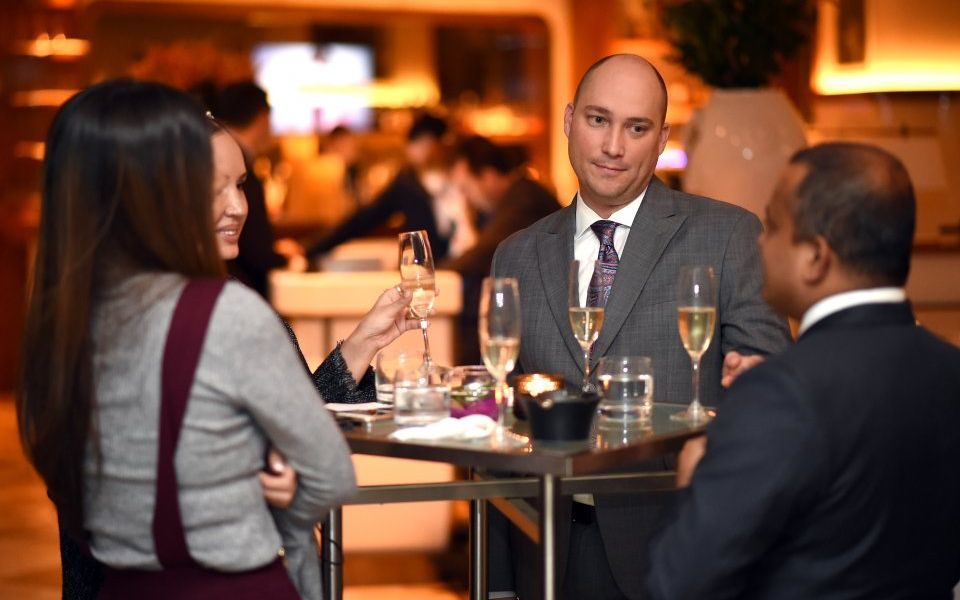 Serendipity shapes careers. Who you meet, who you connect with, and who you build relationships with will define your professional journey, impacting not only the jobs you get, but also the experience you have in those jobs — sometimes, even the sense of fulfilment you experience in your career.

Few careers unfold as planned by the aspiring professional. More often, they turn on chance encounters and unexpected events. We can’t all be so lucky, but opportunity comes from unexpected places. Your objective is to expose yourself to it as best you can, without risking your integrity.

Since graduating from college in 1987, I’ve worked for seven employers, in stints ranging from six months to nine years. In nearly all cases, the opportunities arose for me through a networking experience. While the lessons I’ve learned are perhaps unworthy of the outstanding CFA Institute Career Resources Library, they might have relevance for today’s aspiring job seekers.

1. If you do nothing, expect nothing to happen

In my experience, relationships and timing are at least as important as a quality CV when entering a competitive job market. For this reason, networking is an essential component of a successful career strategy. Yet many people find it extraordinarily difficult to approach strangers and initiate the conversations necessary to advance their careers — and I was no different. My early job searches took place before email and the internet, and I dreaded calling people to follow up on letters I’d sent.

But when I challenged myself, I found that I could survive a phone call. They got a little easier each time, and occasionally put me in contact with wonderful people who were willing to help and encourage me. Sometimes, for whatever reason, I couldn’t bring myself to pick up the phone and follow up. In those instances, nothing happened at all.

Through that experience, I learned that active networking was more than just getting my resume into someone’s hands. It could be the very process by which I overcame my anxiety and prepared myself for a professional life meeting and working with new people.

2. Everything counts as networking!

Through accidents of birth, some are just better connected than others. But we’re all just people, and ultimately, we’re all networked if we can find the right connections. If you have professional ambitions, use what you have and get started building connections. Talk to anyone you can who has any connection with the profession or career you are interested in, no matter how tenuous. While you’re at it, talk to anyone else you can about your job search. Give yourself a chance to luck into one of those word-of-mouth situations by letting people know you’re in the market.

Begin with the people you know in your life — professors, relatives, your parent’s friends, and your friends’ parents. Talk to them about what you want to do and hope to achieve. Learn about what they do and ask their advice. Do they know people who might be willing to talk to you, and can they make an introduction or allow you to use their name in approaching contacts directly? Provided you approach acquaintances with courtesy, and were not too much of a lout in your youth, most will be flattered to be contacted and will give you referrals if they can.

I graduated from university with no job and a transcript that, shall we say, failed to fully capture the richness of my college experience. I returned home with the goal of landing a job with a financial institution in New York that might put me on a professional path, but I wasn’t sure where to start.

My father, a mediaeval historian, claimed ignorance and offered no leads that seemed helpful. Upon my withering cross-examination, however, he recalled a classmate he’d become reacquainted with who ‘had something to do with money management’. It turned out he was a portfolio manager for Beck Mack and Oliver in New York. He was kind enough to meet with me, and while the meeting didn’t lead to as much as a job interview, I left it knowing better how to conduct my search.

3. Dead ends are part of the game. Recognise them and move along graciously

If you’re talking to a lot of people on your networking journey, many will inevitably be dead ends as far as your job search is concerned. Some new connections will seem promising, but the timing won’t be right. Other contacts will just be wrong.

During my early job search, I visited the owner of a dog kennel where I’d worked the summer after high school. In addition to running his business, my old boss was an active trader who told me that he had contacts at several Wall Street firms and would be happy to make introductions. Furthermore, he was confident he could help me get a job.

I couldn’t believe my good fortune, until he added that, if he helped get me a job, he expected me to provide him inside information in return. It took me a few moments to realise he was not joking, at which point I said, “no thank you,” and took my leave with great disappointment. If you have a similar experience, consider it a networking dead end and move along. No job is worth risking your professional integrity.

4. Networking is a two-way street

Successful professionals must carefully guard their time. If someone agrees to meet or speak with you, there must be a reason. Perhaps you have found a genuinely nice person who wants what’s best for you and is willing to sacrifice on your behalf for the satisfaction of seeing you rise. Or perhaps you were referred by someone they wish to do a favour for. Either way, you stand to benefit from the meeting, and a skilled networker will try to see to it that the benefit is mutual.

If someone made a referral to help you get the meeting, make sure you tell them the meeting occurred. This will both acknowledge their assistance to you, and ensure that word of the granted favour is properly communicated back to them. When you land the next job, report back to everyone who assisted you and allow them the satisfaction of sharing in your success.

Networking is a two-way street, and if everyone gets something from the networking transaction, the relationship is solidified and might be called upon in the future. If you leave someone’s office and are never heard from again, you are in effect closing the door on a potential relationship you worked hard to establish.

5. Your resume looks a lot better with the CEO’s sticky note on it

Consider the motivations of the people working in the organisation you are trying to penetrate; they are also likely ambitious, and would like to be noticed and valued by senior people in their firms. The reality is that if your CV comes down to HR from senior executives, it will likely get special treatment. In most cases, this will constitute an extra-courteous rejection letter on finer paper than you might ordinarily expect. But sometimes, extraordinary things happen.

While in business school at NYU’s Stern School in 1991, I was desperately seeking a summer job in the midst of a recession that had severely impacted Wall Street hiring. I’d been put in touch with an investment banker at Salomon Brothers, who helped me get a coveted slot on the Salomon Brothers recruiting schedule at Stern. He also generously allowed me to use his name in contacting the presidents of the three major rating agencies: S&P;, Moody’s, and Fitch.

Alas, my Salomon Brothers interview was a train wreck. Repeated attempts to follow up on my rating agency enquiries bore no fruit. I assumed my leads were exhausted and enrolled in summer classes at Stern, more than a little worried about my job prospects upon graduation.

Shortly after summer classes began, I got a call from a woman at McGraw-Hill who seemed relieved to have gotten hold of me. She had put together a financial summer internship program across McGraw-Hill’s various subsidiaries, but she was behind schedule. As she contacted applicants, she found that most had begun jobs elsewhere. By the time she reached me she was in a panic. Relieved that I was available to fill one of her internships, she offered me a summer job at S&P; after a few minutes on the phone.

I was stunned, but accepted immediately. It was as if I’d done her a favour. My connection at Salomon Brothers couldn’t do anything about my bad interview, but his name added weight to my other enquiries. “Your resume has Leo O’Neill’s sticky note on it,” the McGraw-Hill recruiter told me, referring to the president of S&P; at that time. “You may have just saved my job!”

6. Your job may be your best networking opportunity, or your worst

As you advance in your career, relationships become ever more important. If you treat people well and build a reputation of professionalism, competence, and trust, your network of potential references will inevitably grow.

My five-year stint at Standard & Poor’s remains one of the most valuable networking experiences of my life — not because I was consciously networking, but because I was able to build strong relationships with talented analysts who were later recruited to work at firms all over Wall Street. Work relationships, like any other, require dedication and integrity to cultivate, but if you think about your colleagues as future references or even future employers, you’ll realise that your best opportunity to demonstrate your abilities is when you’re working with them. When you prove your value in an intense work environment, that’s something people remember for a long time.

Nearly 20 years later, many of us are still in touch and sometimes catch up over a drink. Somewhere in the neighbourhood of round number three, the conversation inevitably turns to former colleagues who had ethical lapses or demonstrated poor judgment, sometimes in spectacular fashion. Those people might be surprised to know that something that happened in an office long ago had indelibly damaged their reputation with colleagues who, under different circumstances, might now be well positioned to help them with their careers.

If there is a single take-away from these six networking lessons, it is that, while luck often plays a role, successful careers usually boil down to complex human relationships, which in turn require varying degrees of etiquette, effort, respect, and trust to cultivate and maintain.

And if you can get the company’s president to put a sticky note on your CV, so much the better.