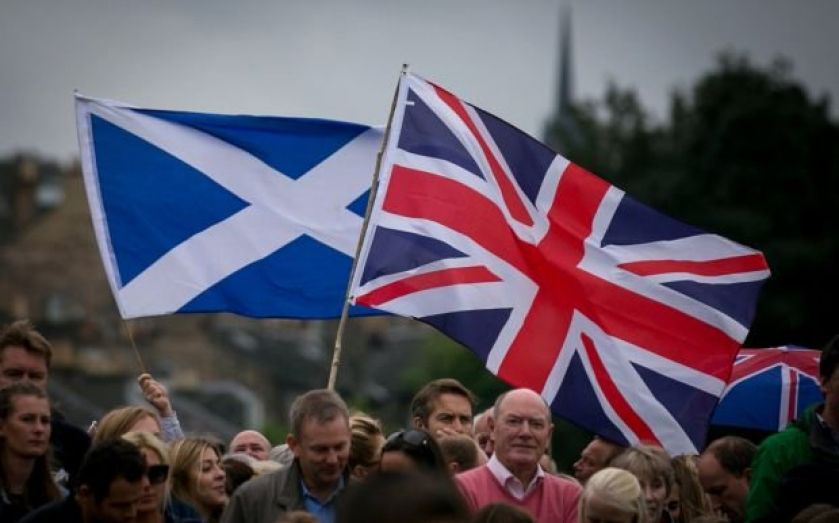 Alex Singleton is associate director of The Whitehouse Consultancy and author of The PR Masterclass, says Yes.

Business interventions over Scottish independence are not just tactically right, they’re morally virtuous. Until recently, many chief executives kept out of the debate, fearing their reputations would be trashed by so-called cybernats (cyber nationalists). Two things changed. First, a Yes vote now looks a serious risk. Business leaders who fear their shareholders will significantly suffer have a duty to speak out – we want transparency and honesty from companies. Second, businesses have recently been giving their views simultaneously – often major competitors at the same time – making them less susceptible to individual boycotts. On Friday, Jim Sillars, a former SNP deputy leader, claimed there would be a “day of reckoning” against companies who spoke out against independence. I doubt it. In general elections, I’ve seen no evidence that policy interventions damage sales.

Will Roberts is a director of Corporate Reputation Consulting, says No.

Understandably, many business leaders have concerns about the Scottish referendum and the prospect of the UK breaking up. But they shouldn’t give in to the temptation of expressing it publicly without careful thought. Strong views can alienate just as many people as they please. With current polls too close to call, a company’s reputation with customers north of the border could be at risk. It’s true for No voters as well – no one likes feeling like they are being lectured to, especially when companies make claims about independence that are not backed up. UK businesses should be careful about adding their voice to the debate, and ensure that they are respectful of audiences in Scotland. Investors, meanwhile, are rarely enamored with chief executives whose focus wanders off the core business. Unless Scottish independence is truly fundamental to a company’s performance, corporate reputation might be better served by staying quiet.