Against the Grain: What Yanis Varoufakis can learn from a real game theory master - Nicola Sturgeon 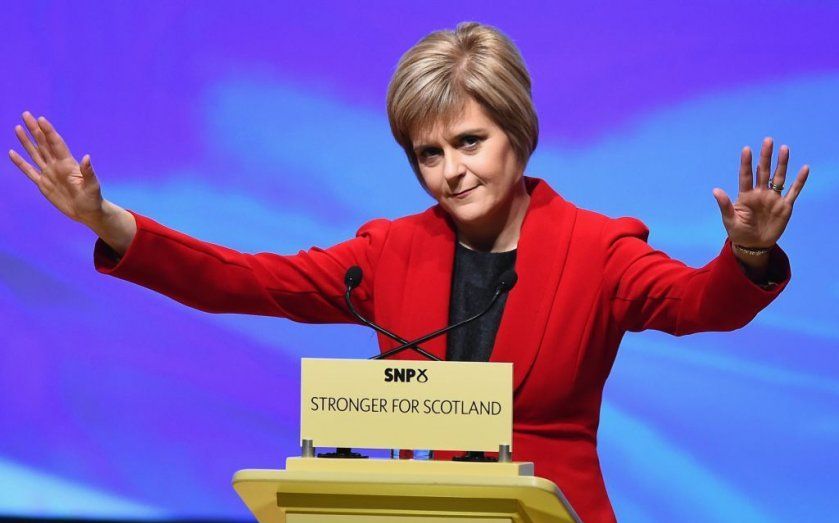 The gracious Palladian architecture of Edinburgh has often led the city to be described as the Athens of the North. If the referendum result had gone the other way, much closer parallels would have rapidly emerged. A high spending left wing government, faced with a collapse in revenues due to the fall in the oil price, would soon have faced the wrath of international capital markets. This could easily have been the story for the UK as a whole too, as the recent politics of Aberdeenshire Council demonstrate. Until last month, the council was narrowly controlled by a motley collection of the unionist parties, embracing the Conservatives, Labour, and Lib Dems. The tiny Labour group has now defected to take joint control with the much larger SNP. This vignette shows that Labour would have happily worked with the SNP to form a government in Britain. But there are differences between Scotland and Greece. The Scots, for example, have shown themselves to be much more adept practitioners of the esoteric discipline of game theory. Yanis Varoufakis, former academic turned Greek finance minister, specialised in the subject. A sound knowledge of game theory can often be very useful. Chris Ferguson, for example, winner of no fewer than five World Series of Poker championships, teaches game theory at UCLA. The deluded Greek Trotskyist, however, seems to have convinced himself that his theoretical knowledge would give him a decisive advantage in the negotiations with the Troika of the IMF, the ECB and the European Commission. But he seems to have forgotten that the purpose of playing a game is to win. You win at soccer by simply scoring more goals than your opponent. But the concept of winning in a set of negotiations is often not as clear cut as this. One of the insights of game theory is that it is possible for both sides to win. To achieve this, the players might adopt strategies which signal their willingness to play co-operatively. The pay-off for both can be much higher over time than when they intend to, in the game theory jargon, defect – that is, make a move at some point which is intended to shaft the opponent. Nicola Sturgeon and David Cameron have manoeuvred themselves into a lucrative strategy of co-operation. The game began during the election campaign. The SNP needed to destroy Labour in Scotland. They trumpeted their intention to help Ed Miliband get into Downing Street. The Conservatives seized on this and used the SNP bogeyman to frighten the voters in marginal seats in England. The game goes on. Cameron needs to make some concessions to Sturgeon so she can boast about them to the Scottish electorate. But the SNP also needs to maintain a set of grievances, which is the party’s raison d’etre. Neither side actually wants to redress them, so that both continue to gain and keep Labour out. Practical politicians are often much better game players than so-called expert theorists.