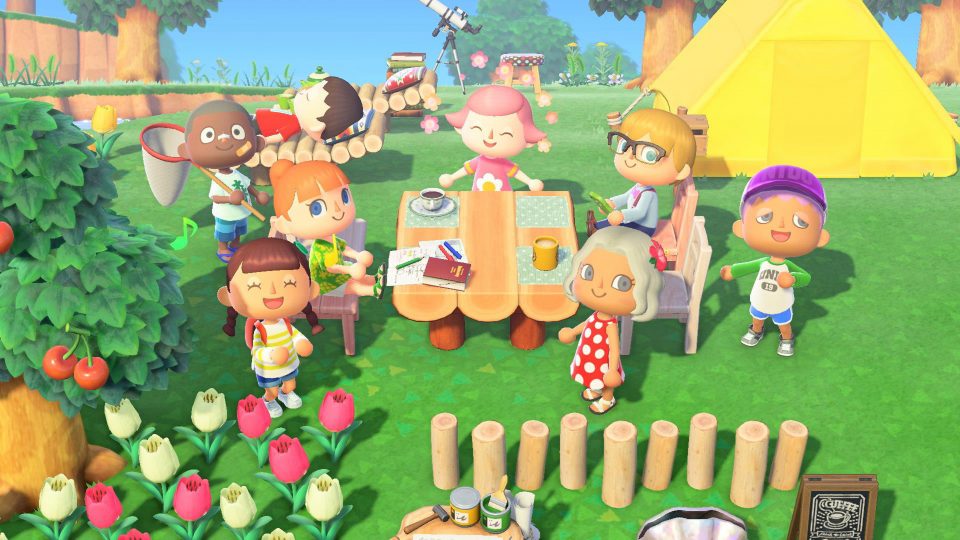 Having had the enviable job of writing about video games for most of my adult life, there’s still one question I struggle to articulate a satisfying answer to: what do you actually do in Animal Crossing?

Nintendo’s sedate island life simulator doesn’t have a real objective. You have a mortgage to pay down but your creditor, an entrepreneurial racoon called Tom Nook, has given you such generous repayment terms that there’s no real pressure to pay him back. You have a house you can decorate with furniture you find, animal neighbours to talk to, a garden to tend, fruit to pick, insects and fish to catch and sell or donate for the local museum’s public display.

There are no enemies to defeat or hardships to overcome. Occasionally you’ll be stung by an angry wasp after shaking the wrong tree, but that’s about the extent of conflict in this oppressively peaceful universe. Animal Crossing isn’t a game so much as it’s a place, an illusion amplified by how the island exists in real-time, ticking along at the same speed as our own world. Play at night and you can catch fireflies and wish on falling stars while most of the villagers are asleep. Play in the morning and you can meet the early risers and fish for carp as the sun comes up.

Each player’s island is unique, with its own geography and inhabitants, and there’s the sense that even when you’re not playing, the world goes on without you actually being there to witness it. Spring will turn to summer, then to winter. Some events, like the construction of new buildings, take actual days to unfold. Neglect to visit for a while and neighbours will enquire as to your whereabouts.

Though there are no defined objectives in Animal Crossing, that doesn’t mean there’s no structure. You’ll fall into a daily routine of chores, gathering resources needed to improve the island, to build tools and new types of furniture. Chopping tree trunks and smashing rocks yields wood, metal and stone. Combing the beaches rewards you with shells and washed up messages in bottles.

Each day the selection of goods and clothes on sale at the shop changes at random, and new and rare furniture can appear – a vinyl record player, a barbecue grill, that desk lamp you need to tie the lounge together – it’s as though the IKEA catalogue was relaunched as a Panini sticker album.

This daily routine becomes a kind of meditation, a brief respite from the increasingly grim reality of a modern world that’s forever on the downturn, an escape to a simpler way of existing in which the very worst thing that could happen is accidentally trampling on your tulips.

Games are often cited as a means of escapism, invitations to explore unfathomable new dimensions in which anything is possible. Visiting the farthest reaches of the galaxy. Battling ancient demon armies. Becoming a Formula One champion.

Animal Crossing, it turns out, is the only type of escapism we truly ever required: a doorway to a world in which there are no deadlines or bills to pay, where nothing can possibly hurt you and occasionally a friendly hippo will give you a cool new hat. What do you do in Animal Crossing? Nothing important, and it’s perfect.