Angels in America, now on-demand, is more relevant than ever 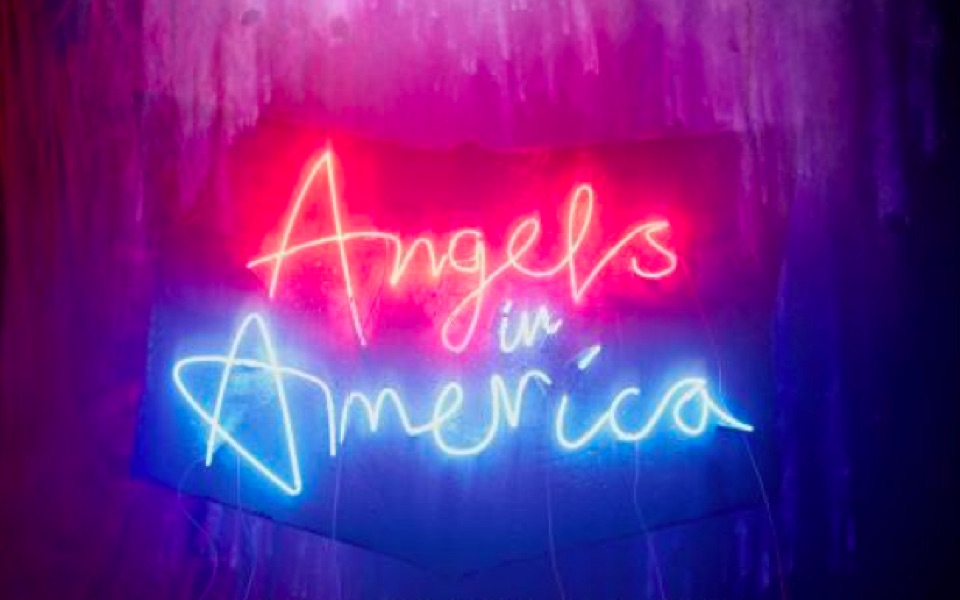 In the same month Russell T Davies’ It’s A Sin has become the most talked-about TV show in the world, the National Theatre has made its own dramatisation of the AIDS crisis, Angels in America, available to watch on-demand for the first time.

Both begin in the 1980s, just as the virus is taking hold of the gay community. But while Davies focuses on the terrible waste of vibrant young lives, playwright Tony Kushner’s seven and a half hour, two part opus uses it as a prism through which to view… well, everything really. Politics, life, death, religion, justice, desire, ecological collapse, the nature of existence. Through a handful of lives in New York City, Kushner tugs at the fabric of American life, and finds it wanting.

What’s remarkable watching it today, 30 years after its 1991 debut, is both how much has changed and how much has stayed the same. While the AIDS crisis has been brought largely under control – at least if you’re Western and wealthy – the play’s politics seem remarkably prescient.

Angels in America is a surreal, amorphous thing. Its two halves – “Millennium Approaches” and “Perestroika” – are designed to function independently, and even within those halves loosely-connected scenes tumble on from one another, a series of vignettes that the audience is trusted to build into a unified whole.

Read more: The Duchess of Malfi at the Almeida review: A shocking, brilliant drama

The appearance of Roy Cohn, the real-life chief counsel to Senator Joseph McCarthy, seems almost prophetic. An arch right-winger and avowed Communist hater, the closeted gay lawyer was a mentor to Donald Trump, even representing him when the Justice Depatrment asccused him of discriminating against African Americans in his Brooklyn properties.

Kushner was fascinated by what Reaganism meant for America, what this super-conservative, macho politics said about the direction of a nation. And after living through a Trump presidency that deliberately harked back to those politics, the answer seems to be “it’s so much worse than you thought”.

Andrew Garfield leads the exceptional cast as Prior Walter, a gay man with AIDS who sees visions of angels as he lies on what we assume to be his hospital deathbed. He is abandoned by his politically active but emotionally stunted boyfriend Lou (James McArdle), who falls into a relationship with Joe (Russell Tovey), a married and conflicted Mormon, who happens to be a confidante of Roy Cohn (Nathan Lane), himself lying in a AIDS ward with a disease he insists is liver cancer.

We flit between these overlapping lives just as we flit between dream and reality. Scenes in which characters discuss politics with the quickfire fluidity of an Aaron Sorkin script segue into visions filled with bombastic verse recalling Jacobean tragedy, or quiet moments when ghosts return to haunt the living. Sometimes characters enter what they call the “threshold of revelation” a space where overlapping scenes allow them to interact through the void. Other times they lose themselves in shared hallucinations of celestial beings, with winged creatures held aloft by shadowy puppeteers.

If there is a unifying thesis, it’s about the danger of entropy. In Kushner’s play, the highly-sexed angels, an analogue for the men left to die of AIDS, have themselves been abandoned by God. As man lays waste to the natural world – a theme poetically explored in the Valium-induced psychoses experienced by Joe’s wife Harper – the angels demand that we all just… stop. Stop moving, stop evolving, stop the inevitable ecological disaster that our very existence promises to bring about.

Prior’s revelation is that moving – breaking down, decaying, dying – is life, and that to reject suffering is to reject what makes us human. He wants to live, which means he’ll have to die.

That Kushner manages to say all of this in a play that never feels worthy or preachy, that remains razor sharp and laugh-out-loud funny (in one scene Cohn grudgingly pays respect to the pubic crabs that refuse to relinquish hold of his scrotum) despite its length is testament to what a fantastic work it is.

It also works brilliantly in the NT Live format. It manages to capture the scale of director Marianne Elliott’s production, while the camera’s ability to zoom into the action mitigates the tendency of some of the more intimate scenes to get a little lost on the vast Lyttelton stage.

As we sit around in lockdown, entropy imposed upon us, dissecting the aftermath of a destructive Presidency while all around us rage the effects of a new virus, I can’t think of a better time to revisit this seminal work.