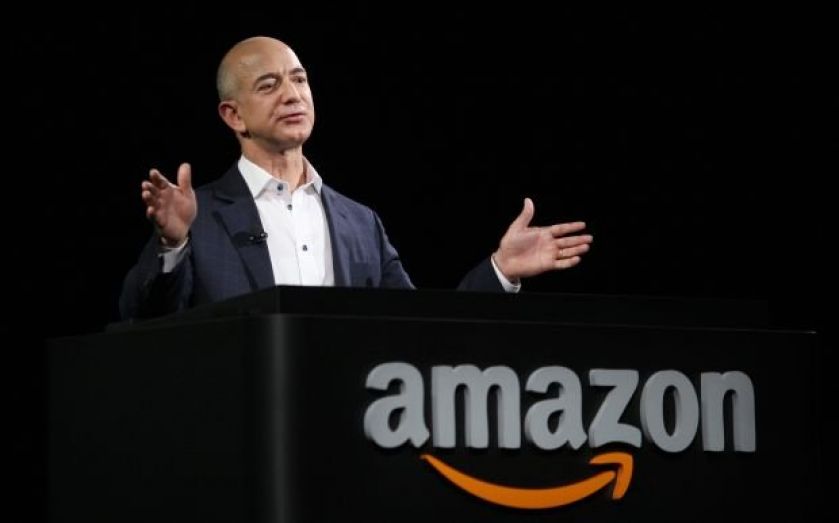 Amazon shares have folded faster than high-street bookstores today after the Nasdaq showed what it thought of the world's largest online retailer posting a loss for the second quarter and falling some way short of market expectations.

Shares had slumped by 11.36 per cent at pixel time with earlier losses as high as twelve per cent. That low meant that Amazon had seen stocks drop 21 per cent this year.

The e-commerce giant last night announced a loss of $126m, or $0.27 per share for the three months to the end of June, coming in significantly below Wall Street estimates of a $0.15 per share loss.

Despite revenue being up last night the vigorous reinvestment programme has meant profits have dived into the red, with a 25 per cent increase in spending last quarter a sign of recent investments in its Fire smartphone and cloud computers.

Amazon is no stranger to sacrificing profits for growth, as this graph shows:

All eyes will be on sale of the new Fire smartphone, as Amazon looks to show investors the fruits of its labours. So far investors seem less than impressed with yesterdays results, as can be seen from stock prices.

Data for today shows only the figure at pixel time (10.50am New York, 3.50pm London) not the closing figure.

R.J. Hottovy, equity strategist at Morningstar said that despite profit for the quarter missing expectations, the new devices in which Amazon has been investing will most likely lead to better results down the line.

The investments behind the projected third-quarter operating loss (international expansion, AWS, Fresh, new devices, fulfilment speed, and content) should spur consumer demand and open up eventual expense leverage opportunities. Amazon's international investments are intriguing, as many overseas markets are at earlier stages in their e-commerce adoption curves, but offer long-term growth and margin potential as demand catches up with fulfilment capacity (including expedited cross-border shipping in Europe).