Amazon Fresh: What does the expansion mean for UK supermarkets? 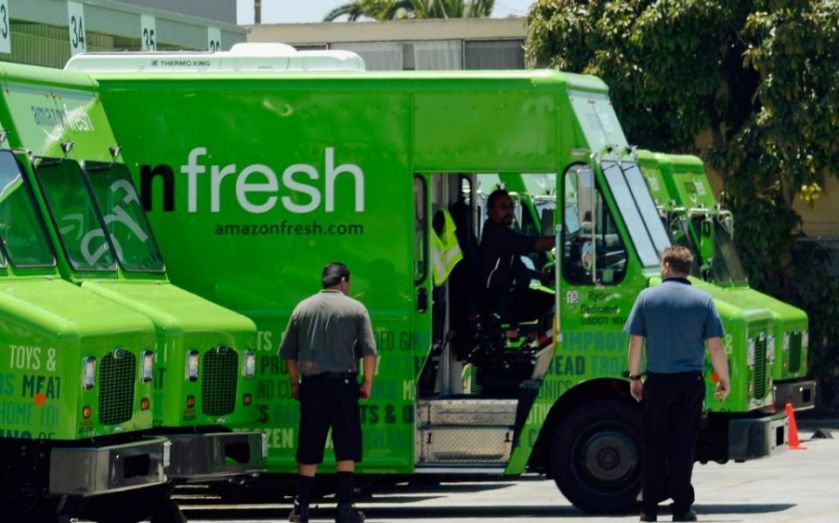 Amazon’s announcement that it will offer free grocery deliveries for Prime customers represents a step up in competition between the internet giant and the UK supermarkets.

The US company, which bought upmarket grocery chain Whole Foods in 2018, will offer free Amazon Fresh delivery in London and the South East from today.

Plans are in the pipeline to expand the offer across the UK this year.

Russell Jones, country manager at Amazon Fresh UK, said: “Grocery delivery is one of the fastest growing businesses at Amazon and we think this will be one of the most-loved Prime benefits in the UK.

“We will keep improving the grocery shopping experience so by the end of the year, millions of Prime members across the UK will have access to fast, free delivery of groceries.”

There was little share price movement among the major UK supermarket chains, suggesting investors were not panicked by this morning’s announcement.

Sainsbury’s shares dipped one per cent this afternoon, Tesco was down 0.32 per cent and Ocado’s shares were slightly down by 0.77 per cent.

However experts warned that the established grocery players would be unwise to ignore the threat Amazon could pose.

Is Amazon a real threat?

“We expect that more shopping will occur online and as Amazon is one of the leaders in e-commerce, it makes sense that they seek a stronger position in online grocery,” said Christopher Rossbach, manager of the J. Stern & Co. World Stars Global Equity fund.

“It places the company closer to the consumer as grocery has much more regular consumption patterns. In the long term, Amazon could become the leader in the market as it complements its other e-commerce services.”

“If Amazon decides to scale-up, they are always going to be a threat,” Julian Skelly,  retail industry expert at digital consultancy Publicis Sapient, said.

“Grocery hasn’t been an big focus for Amazon and we have seen limited investments in Amazon Fresh.  C19 has changed things consumers are switching to the online channel in droves.

“The online market has doubled in size and the existing players are struggling to meet consumer demand.  If Amazon can scale up their assortment, and they can deal with the complexity of grocery, their supply-chain expertise is a real threat.”

Russ Mould, investment director at AJ Bell, added: “Amazon has disrupted so many industries and incumbent players that its potential to up-end another one cannot be underestimated.”

What does the expansion mean for UK supermarkets?

Moody’s said the expansion is credit negative for the UK grocery sector.

Moody’s senior vice president Roberto Pozzi said: “Its initiative will attract UK customers away from other grocers, thus reducing their sales volumes, revenue and profits, or prompt reactions from the supermarkets with similarly negative effects on their key figures and, everything else being equal, debt metrics.”

“It could be more competition as Amazon Prime members are very loyal,” J Stern’s Rossbach said.

“Studies have shown that Prime members spend significantly more than non-Prime members as Amazon becomes the first port of call for a shopping purchase.”

Ocado and its new partnership with M&S could feel the pressure more than others as they target the same customers.

Skelly said: “The move from Amazon puts pressure on M&S and Ocado to accelerate.  They will feel the Amazon threat more than other supermarkets as they are targeting the same customer segments.

“The advantage that they have is a strong assortment and brand loyalty, coupled with proven supply-chain technology.  They need to move quickly to establish market-share ahead of Amazon.

AJ Bell’s Mould said it could take some time for Amazon to build a brand presence in the grocery sector.

“This helps to explain why the grocers’ share prices are relatively unmoved so far,” he said.

“But the company has deep pockets, huge ambitions and an uncanny habit of emerging as a leader in its targeted fields, so Amazon will look to carve out an edge somehow – it may be on delivery time rather than price, for example, but it will find one and force its rivals to follow.”

Amazon’s offer could pressure UK supermarkets to lower their fees or compete with its fast delivery fees. However they will struggle to lower product prices, experts said.

“It could mean that delivery fees are lowered in order to match Amazon’s Prime offer,” Rossbach said.

“Additionally, the delivery slots would need to be more accommodating in order to match Amazon’s same day and next day service.”

But Publicis Sapient’s Skelly said the increase in competition could have more drastic consequences.

“Even with today’s prices, supermarkets are making a loss on every online order,” he said.

“In this context, it is hard to see how they can afford to lower online product or delivery prices.  In reality, each supermarket’s response to the Amazon threat will need to be more fundamental: fight or flight.”