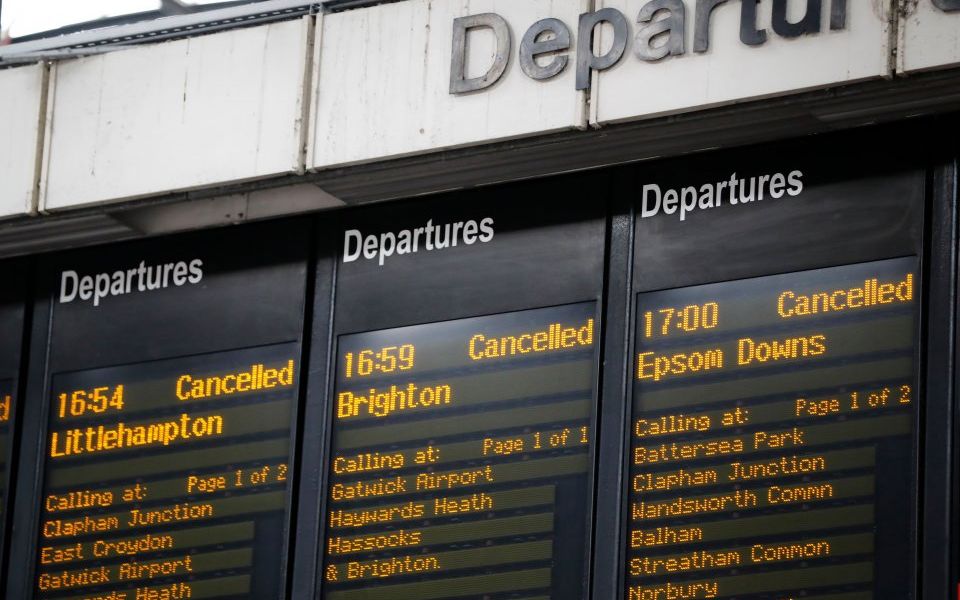 The government, regulators and the owner of the rail network were all part of a comedy of errors which led to chaos on Britain’s railways earlier this year, according to a review of the disruption published today.

The report by Office of Rail and Road (ORR) boss Stephen Glaister into the chaotic timetable change which saw large parts of the network grind to a halt suggested that the Department for Transport (DfT), Network Rail and the ORR itself all missed opportunities to prevent the weeks of delays and cancellations.

Meanwhile, Northern and Govia Thameslink Railways, the train operating companies at the heart of the chaos, failed to provide adequate information to passengers.

The review, which it is understood will take a year, will be followed by a government white paper and new policies by 2020, the Department for Transport will say.

In a statement Grayling reiterated his commitment to privately run trains, but admitted that the current system is “no longer fit to meet today’s challenges and cope with increasing customer demand”.

Grayling also acknowledged that “the railway needs reform to prioritise its passengers”.

The Glaister report found “an apparent gap in industry responsibility and accountability for the management of systemic risks”.

The interim report appears to suggest that a full report due at the end of the year will recommend major changes to the governance of the rail system.

In a foreword, Stephen Glaister, who leads the ORR and led the report, said: “The present industry arrangements do not support clarity of decision making: it was unclear who was responsible for what. Nobody took charge.”

The RMT union called the report a “whitewash”, saying it represented “an industry investigating itself”, and renewed calls for nationalisation.

Its general secretary Mick Cash said the report “lets the private rail companies responsible for the timetable chaos right off the hook”.

He said: “Rail passengers don’t need another review from the Tories to tell them that rail is broken. Another review is meaningless in a year of rocketing fares, failing franchises and timetabling chaos.

“Another review lets Chris Grayling off the hook,” he added.

Both the DfT and ORR failed in their tests after the industry played down the threat of disruption, the report found.

“Neither organisation sufficiently tested the assurances that they received from the industry about the risk of disruption, despite having information and powers that would have allowed them to do so,” it said.