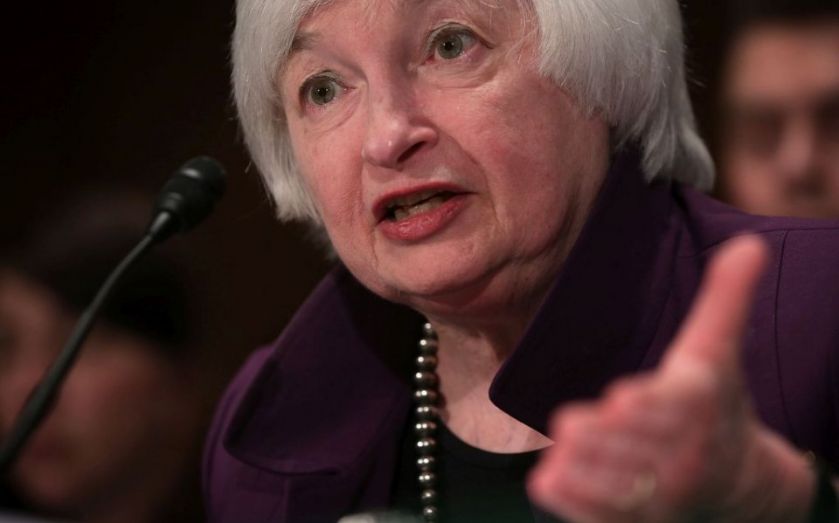 Global debt levels have hit dangerous heights, a top financial group has warned, leaving many countries vulnerable to a US rate hike which could come as early as this week.
Recent swings in global stock markets are reflective of deep underlying problems in the global economy, the Bank of International Settlements (BIS) said yesterday.
“We are not seeing isolated tremors, but the release of pressure that has gradually accumulated over the years along major fault lines,” said Claudio Borio, the BIS chief economist.
Most at risk this Thursday, when Jane Yellen chairs a meeting of US rate-setters, will be emerging markets, where many businesses have borrowed money in dollars.
Total dollar-debt outside the US has climbed to $9.6 trillion (£6.2 trillion), according to BIS statistics.
Read more: Why the Fed should stick to its guns: The case for raising interest rates this month
A rise in interest rates by the Federal Reserve could create a perfect storm for emerging market economies, many of which are suffering due to a fall in global commodity prices, hitting their major exports.
They would face a double-whammy of falling income and higher debt costs as the US plans to raise rates.
“China’s economic slowdown and the US dollar’s appreciation have confronted [emerging markets] with a double challenge: growth prospects have weakened, especially for commodity exporters, and the burden of dollar-denominated debt has risen in local currency terms,” the BIS said in its quarterly report.
“Dollar borrowing… [spills] over into the rest of the economy in the form of easier credit conditions,” said BIS economic adviser Hyun Song Shin.
“When the dollar borrowing is reversed, these easier domestic financial conditions will be reversed.”
Some downplayed the BIS alarmism. “We don’t expect another taper tantrum, but more of a slow burn for emerging markets,” Shweta Singh of Lombard Street Research told City A.M.
The taper tantrum occured in 2013 when the US scaled down a stimulus programme, leading to widespread sell-offs across emerging markets.
When the taper tantrum occurred it took markets largely by surprise. But a September rate hike has been expected all year, with chances of a lift-off this month only cut in recent weeks.
Singh said Brazil was the most exposed economy. India and Mexico were best placed but neither is expected to perform outstandingly.
The BIS attributes the current economic predicament to the actions of rate setters who kept rates low.
Share