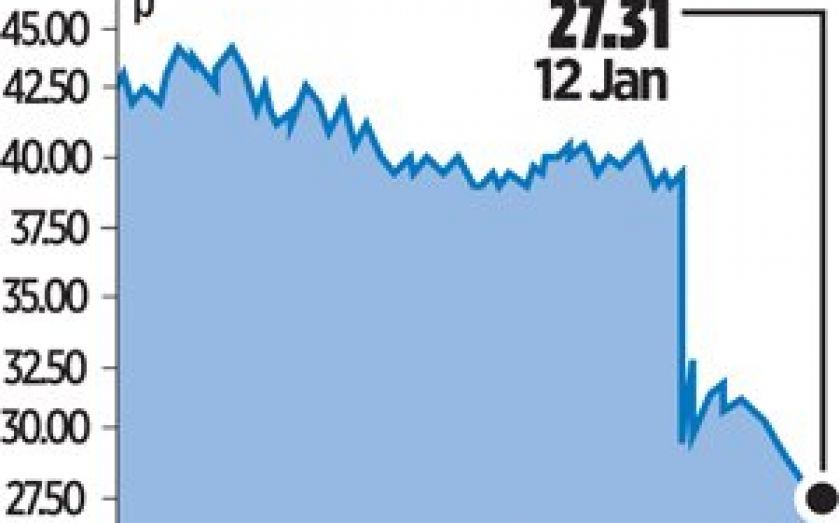 SHARES in oil firm Afren plummeted by over 30 per cent yesterday, following an update from the company which revealed it is likely to be forced to cut its previous reserves estimates.

The group stated that a Competent Person’s Report (CPR) being carried out on its Barda Rash operation in Kurdistan is “expected to show a material reduction to previously published estimates of reserves and resources”.

According to Afren, the site’s wells have produced higher water cuts than expected and the company has also encountered operational challenges in drilling “difficult complex fractured reservoirs”. Production from these reservoirs would require significant capital expenditure.

The firm added that while recent results at Barda Rash have indicated the presence of light oil accumulations, they have a high level of associated hydrogen sulfide and would also require significant capital expenditure to develop. Afren stated that it is “now considering its strategic options for the Barda Rash field”.

Toby Hayward, Afren’s interim chief executive, said: “We are naturally disappointed with the CPR and will now consider our strategic options for Barda Rash. Meanwhile, we will continue to focus on our core portfolio in Africa and allocate capital to our highest cash return projects.”

Analysts at BDO Capital Markets said that poor performance at Barda Rash “will only continue to impact market sentiment” which is already negatively affected by corruption within Afren’s senior echelons. The company was forced to sack its chief executive in October after it discovered he had been receiving unauthorised payments.